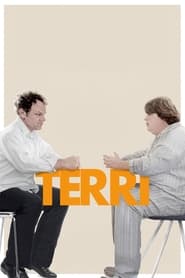 John C. Reilly has been on an indie-comedy kick lately. The multi-talented actor has dished out successful low budget films lately like Cedar Rapids and Cyrus, both of which received raved reviews from critics. So it shouldn't come as a surprise to know that his latest release, Terri, won over people's hearts at this year's Sundance Film Festival.

Terri follows an overweight adolescent boy (Wysocki) who is trapped in a low income home and taking care of his heavily medicated uncle Jim. High School can be a nightmare at times, and the cruel treatment he receives from his peers begins a scary introduction to adulthood. One day the principal Mr. Fitzgerald (Reilly) calls Terri into his office and he begins to take the boy under his wing.

Terri is a heartfelt story about how society creates outcasts. We see the story through the eyes of the good hearted teenage boy as the world around him looks away. Jacob Wysocki and John C. Reilly give stunning performances that really allow the film to resonate. Their onscreen chemistry was excellent, and perhaps any other pair of actors wouldn't have kept the movie afloat. Reilly once again puts his diverse acting abilities on display, and it's no exaggeration to say he's the master of molding comedy and drama together. In his first major leading role, Wysocki wonderfully captivates the audience by doing almost nothing. His demeanor and facial expressions tell the entire story from beginning to end

Although the acting was top notch, Terri has many downfalls as well. The film is extremely slow paced, and it will inevitably turn off the typical moviegoer. There aren't enough laugh out loud scenes to keep most people's attention. The best way to describe the movie is by comparing it to a piece of art. Many people look at a painting and just see a picture, but sometimes the true beauty lies somewhere beyond what's in front of you. Terri, at its core, is a touching piece of art, but unfortunately its lack of entertaining value diminishes its appeal. There are a few elements worth appreciating in the film, but only if you can wade through its crawling pace.