Review | The Art of Self-Defense
Search 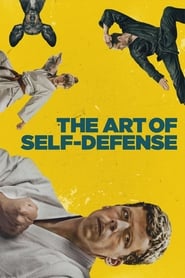 The name Riley Stearns may not mean anything to a majority of film lovers. Yet, while planning my movie-watching schedule for the 2019 SXSW Film Festival, I noticed Stearns name and his festival entry, The Art of Self-Defense, immediately catapulted into my “Must See” category. For those of you who are unaware, Stearns delivered a bit of an indie gem with his heady and unpredictable 2014 debut feature, Faults, which starred his now ex-wife, Mary Elizabeth Winstead. The film boasted a compelling story, superb performances and refined direction, enough so that it’s had me circling back to Stearns’ name over the past five years, hoping to see something new in the works. The Art of Self-Defense has finally arrived and Riley Stearns gives us more of the same with his follow-up feature that generated a lot of buzz at this year’s SXSW festival.

Jesse Eisenberg stars as Casey, a timid loner who lives at home with his pet cat. And one night a lack of pet food sends Casey wandering to the store in the dark and dangerous nighttime hours of his home city. On the journey Casey becomes swarmed by a gang of fully-cloaked motorcyclists who violently attack him. This mugging prompts Casey to take up karate at a nearby dojo where his sensei (Alessandro Nivola) helps instill a newfound confidence in the young man that he must eventually use to confront his attacker. 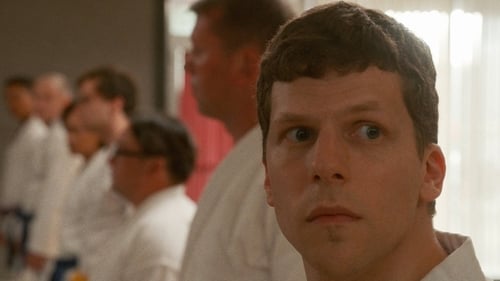 The Art of Self-Defense tiptoes the line of absurdism in a beautiful dance of rich originality that uses a gripping character study to unveil thematic elements of destructive male chauvinism in our modern society. In such a short amount of screen time, Casey goes from methodically crunching numbers at his bookkeeper job to openly displaying full-fledged porno scenes on his computer screen for all the office to see. This transformation, while so unnatural for many reasons, feels so desperately genuine and serves as a microcosm for everything that’s brilliant about the film. In such a tightly-wound 105-minute package, Stearns delivers a darkly comedic and immersive experience that culminates much like his debut film, Faults, with a monstrous bang that’s so unforgettably fulfilling. Jesse Eisenberg proves the perfect casting choice for Casey, as he hits every awkward note with immense precision. Yet, the true star of the film is Alessandro Nivola, whose supporting turn leaves its fingerprints on every square inch of the film. Tentatively scheduled for a June 21st release date, The Art of Self-Defense is a film worthy of your time and attention, and it comes from a filmmaker whose future continues to shine bright.