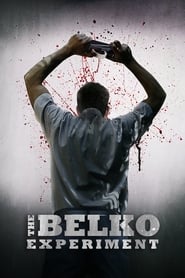 Guardians of the Galaxy writer and director, James Gunn, lends his twisted and unusual imagination with the screenplay for Greg McLean's latest horror film, The Belko Experiment. In this wicked blend of The Hunger Games meets corporate America, 10 Cloverfield Lane's John Gallagher Jr. learns just how far human decency and compassion goes when society's rules and structures are thrown out the window. So if you're a horror fan with a taste for violent and visceral behavior, The Belko Experiment isn't exactly groundbreaking material, but it definitely delivers on the gore.

Nestled away in the farmlands of Bogota, Columbia, a United States Government facility houses many local and American workers. Yet, something rings different when Michael Milch (Gallagher Jr.) notices heavily armed guards greeting employees at the front gate and turning away all the local workers. And not long after their work day begins, security panels turn the building into an inescapable fortress as a random voice comes over the intercom system informing all 80 employees that they're now involved in a game of kill or be-killed. 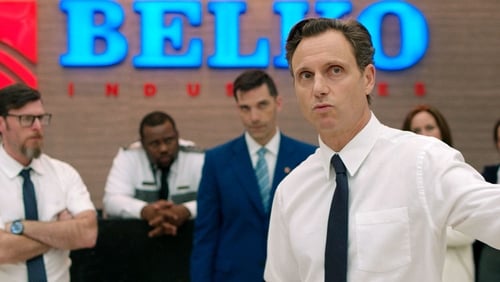 The Belko Experiment leaves little to the imagination by putting its graphic R-rating to good use. If you're seeking a grotesque movie experience filled with blood, guts and other unspeakable acts of violence, then director Greg McLean certainly delivers in that regard. Yet, it can't be ignored that James Gunn's writing is a bit fundamentally flawed. The audience is forced to accept that all of these workers would have allowed the government to implant tracking devices into their heads for their own safety abroad, something that clearly seems far-fetched and unfathomable. Yet, if you can withstand sporadic head-scratching plot points that are necessary to allow this deadly game to unfold, then The Belko Experiment will definitely please a niche audience. McLean's film eases through its effortless 88-minute running time with escalating tension and a subtle darkly comedic tone that isn't stressed nearly enough. Lead actor John Gallagher Jr. plays his role as the sensible and level-headed employee well. But when all hell breaks loose, James Gunn's writing proves strongest through Michael's clear character arc. The Belko Experiment offers a somewhat flat finale, but the brisk and brutal ride there is a treat for the sickest of horror fans.