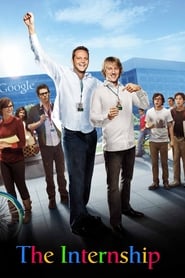 Having grown up in the 90s, I have a difficult time deciding on my favorite comedy movie ever. Classics such as Ace Ventura: Pet Detective, Dumb & Dumber and Happy Gilmore seem to perfectly embody my younger years. In 2005, a younger generation found their identifiable comedy classic with Wedding Crashers. The over-extended, but overly funny, R-Rated release matched the surging success of a fast-talking Vince Vaughn with the hopeless-romanticism of Owen Wilson. Eight years after they changed the face of comedy, the duo return with a more tempered and more reserved effort, The Internship.

After sales partners Billy (played by Vaughn) and Nick (played by Wilson) surprisingly lose their jobs, they are forced to enter an extremely difficult job market. Feeling completely inadequate and essentially prehistoric by comparison, the pair enroll in an online college and sign up for an internship at Google. With a group competition deciding who will receive the available jobs, Billy and Nick are teamed up with a bunch of oddballs who seemingly have no shot of winning.

The Internship proves to be a very difficult film to dissect. In many regards, there's plenty to both love and hate about director Shawn Levy's latest effort. For starters, I have always been a huge outspoken voice against two hour (or longer) comedies. Clocking in at a hefty 119 minutes, The Internship takes a usually negative aspect and actually moves along fairly well. What's so difficult to dissect about that? It sounds like an irrefutable positive, right? Not so fast. Although the comedy moves along quite well and never bogs down the viewer, The Internship takes an overused "team of misfits" approach and delivers the same reusable jokes over and over again. Vastly unoriginal and predictable, The Internship can be easily be summed up the following way. Imagine a genius comedy such as 2003's Old School with a weaker supporting cast (warning - there are no Will Ferrell circa 2003 type of characters here) and a PG-13 rating. It's about as teenybopper and mainstream as a comedy blockbuster can get.

Despite a more restrained crop of jokes and a depleting Vince Vaughn and Owen Wilson, The Internship is sure to appeal to a large portion of the general masses by simply playing it safe and sticking to the formula. With such an approach, it becomes difficult to criticize the film for being a semi-appealing piece of fluff comedy. The Internship does nothing to turn audiences away, but instead wallows in the shadow of previous Vaughn and Wilson work from nearly a decade ago. However, I was astonished to see that, in the last five years, Vaughn hasn't been in a single film I have recommended to my audience. While The Internship is no where near as bad as dreck such as The Dilemma and Couples Retreat, it's still a far cry from the level of film that helped catapult his career.

The Internship is a two-trick pony that rests solely on the PG-13 shoulders of its heralded stars, Vince Vaughn and Owen Wilson. To its advantage, the feature moves along without a hiccup and generates many chuckles. Yet, if you're expecting an elevated and unforgettable laugh-out-loud movie experience, you're aiming way too high. The Internship is a generic comedy that swims comfortably in the waters of mediocrity. Personally, I'd avoid rushing to a theatre to catch The Internship. Save its timid PG-13 humor for an appropriate cable television setting.