Review | The Light Between Oceans
Search 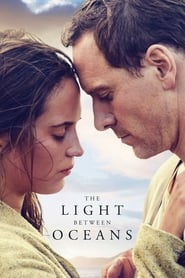 August is coming to a close and that means the summer blockbuster lineup will begin to give way to fall and winter's slate of starry-eyed Oscar hopefuls. One such film comes from ambitious auteur, Derek Cianfrance, an indie success story whose 2010 film, Blue Valentine, landed Michelle Williams an Oscar nomination. a pair of years later the director returned with The Place Beyond the Pines, a lengthy three-act effort that examines the effects of a parental tragedy on their children many years later. The arduous attempt failed to resonate with Academy voters, but was still well received by critics and viewers alike. And, unfortunately, Cianfrance's new bold effort, The Light Between Oceans, once again represents a challenging tale that should fall shy of Oscar contention.

Adapted from M.L. Stedman's novel of the same name, Michael Fassbander stars as Tom Sherbourne, a war veteran who returns and finds work as a lighthouse keeper on a secluded island off the coast of Australia. After falling in love with Isabel (Alicia Vikander), the couple try desperately to have a baby but Isabel's body won't comply. Therefore, they end up living a lie once they decide to raise an infant rescued from a small boat floating adrift in the ocean.

The Light Between Oceans is a heavy-themed drama that tells a massive story. Derek Cianfrance's unsurprisingly ambitious effort offers picturesque cinematography and a gripping plot that's constantly evolving. Yet, the enormity of the story proves to be better suited for a novel as the film's third act is terribly rushed. Cianfrance uses the majority of the film to build his characters and develop their relationship. Leading stars Michael Fassbender and Alicia Vikander give wonderful performances that stand out, but not quite at an Academy Awards type of level. Then, suddenly, this slow building and character-driven tale races off course by speeding through its finale. While pacing certainly would have been a larger issue, especially by adding another half hour or so to the running time, The Light Between Oceans never feels as all-encompassing as it should. Cianfrance's latest work definitely isn't a miss, but over-ambition gets the best of the filmmaker once again.