Review | The Perks of Being a Wallflower
Search 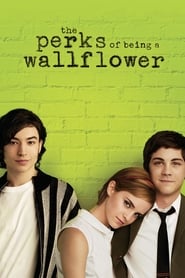 The Perks of Being a Wallflower
Movie Critic Dave's Ratings
Stars

All throughout Hollywood and the indie film scene the phrase "passion project" gets thrown around on a regular basis. Perhaps no one better exemplifies its true meaning than novelist Stephen Chbosky. The Pennsylvanian born writer had his first novel, The Perks of Being a Wallflower, published by MTV books in 1999. A decade later Chbosky decided to go against standard screenwriter protocol as the author began to adapt his own novel into a screenplay. And if that wasn't enough of a commitment to the project, Chbosky was even able to sign on as the film's director. Pouring all of his blood, sweat and tears into this movie, Chbosky will finally see his "baby", The Perks of Being a Wallflower, reach theatres everywhere on Friday.

Set in western Pennsylvania during the 1990s, The Perks of Being a Wallflowerfollows an incoming freshman named Charlie (played by Lerman) whose best friend commits suicide before the start of a new school year. Friendless and unable to adapt, Charlie senses a long arduous road ahead of himself. That is, until he befriends a pair of step-sibling seniors named Patrick (played by Miller) and Sam (played by Watson). Together they welcome Charlie into their circle of outcast friends and give him a platform to new experiences, all while he tries to make sense of life and growing up.

Stephen Chbosky's The Perks of Being a Wallflower is a fresh and innovative take on the often frequented "coming of age" genre. Passion-filled and sincere, the film benefits from a well written script and some excellent and youthful onscreen talent. First and foremost, Logan Lerman proves to be the perfect casting decision for the movie's main character, Charlie. The gifted young actor plays the role to perfection, knowing exactly when to turn it up a notch and when to dial it down. But despite all of Lerman's high praise, the true star of the feature is Ezra Miller. Miller absolutely dazzles as Patrick, an eccentric openly-homosexual senior at school. We've clearly seen Ezra Miller's talents on display before, as the widely skilled star managed to make my list of 2011's Most Underrated Performances for his exceptional work in the vastly under-seen psychological thriller We Need to Talk About Kevin. With this performance, however, I expect Miller to finally reach the masses and open up everyone's eyes to his masterful abilities. The third leg of the trio is Emma Watson, who seemingly feels over-matched by the brilliant work of her colleagues. Although Watson is clearly the weak link, she holds her own by never deterring from the film at all. Demonstrating a superb amount of youthful talent, The Perks of Being a Wallflower flourishes because of its prolific young cast and Chbosky's surprisingly strong direction.

As is usually the case, The Perks of Being a Wallflower fails to go from start to finish unscathed. While the feature clearly has a fresh and modern vibe, it still ends up feeling like a multitude of revisited ideas. The film stays mostly systematic to the typical "coming of age" formula. Yet, through well crafted situations and adequately timed humor, The Perks of Being a Wallflower manages to break through every mundane barrier and stand firmly as a source of creative originality. In addition to playing to a specific theme, the film finds faults in its rather abrupt and unforeseen finale. Coming completely out of left field, the latter stages of the picture offer a shocking revelation that seems to take away from the entire story in that exact moment. While I'm sure that the book serves as a justified stage for the big reveal, Chbosky should have either gradually eased it in or done without the saddening surprise. Either way, The Perks of Being a Wallflower battles through its tiny deficiencies and leaves a lasting impression on the audience.

Never lacking and always staying upbeat to keep the audience entertained, The Perks of Being a Wallflower is a strong introduction to what hopes to be a fantastic finale of 2012 cinematic releases. Tackling some deeply emotional topics, the film will certainly represent a viable outlet for future generations to cling on to.