Review | Eye in the Sky
Search 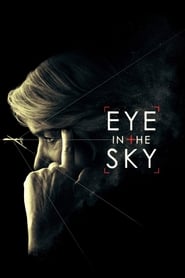 Perhaps best known for his role as Professor Severus Snape in the Harry Potter franchise, the late Alan Rickman's prestigious acting career goes well beyond this universal series. Rickman's untimely passing in January has placed a fair amount of attention on his final motion picture performance in Gavin Hood's wartime drama, Eye in the Sky.

With the United States' and Britain's number two, four and five most wanted terrorists all under the same roof in Kenya, Colonel Katherine Powell (Helen Mirren) seeks the approval of her general (Alan Rickman) and government officials to allow their U.S. drone pilot (Aaron Paul) to fire on the building. Yet, once a young Kenyan girl sets up a bread-selling stand within the collateral damage of the missile target, the situation grows far more complicated for everyone involved.

Eye in the Sky is a wonderfully executed film which takes a straight-forward premise and turns it into something much greater. Gavin Hood and company create a tense experience that's complemented well by fine moments of levity, usually brought on by Rickman's natural comedic touch. Helen Mirren delivers an exceptional performance, yet again, and shows quite a bit of range in her stern military role. Eye in the Sky tackles the controversial aspects of modern drone warfare and offer a worthwhile glance into the future of counter-terrorism.