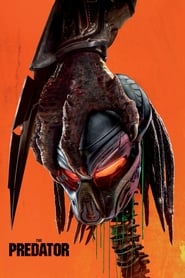 Shane Black’s footprints have been scattered all throughout Hollywood for over three decades now. And when you realize just how overlooked this versatile beacon of creativity has become over years, it can’t possibly be a byproduct of his astonishing body of work. Black’s first taste of success came on the heels of his hilarious buddy cop screenplay, Lethal Weapon. From there his uncanny ability to craft a story and continued notoriety as a writer finally guided him to the director’s chair for impressive films like Kiss Kiss Bang Bang and The Nice Guys, only to have his career come full circle in 2018. One of Black’s first career credits comes as an actor in the 1987 action-horror, Predator, which the filmmaker finds himself rebooting 30 more than years later.

Within the muddy waters of this shared film universe, a decorated sniper (Boyd Holbrook) encounters an alien Predator who’s crashed his spaceship in the backwoods of Mexico. And after the soldier sends some of these other-worldly devices back to his autistic son (Jacob Tremblay) living in Georgia, the boy’s unique perspective allows him to crack the foreign code and reboot the alien weapons. Unfortunately, this chain of events signals an even more diabolical species of Predator that travels all the way to Earth to reclaim its prized technology. 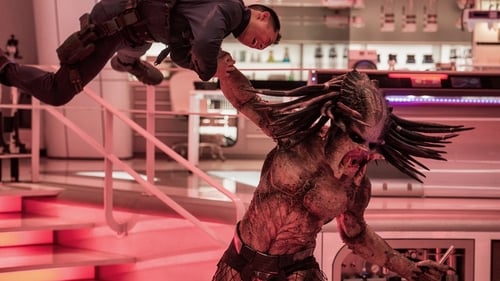 Summer may be gone, but 2018 certainly has room for one of its most well-constructed blockbusters with Shane Black’s The Predator. Re-booting a franchise can be a tall order, yet Black’s passion for the subject matter and dark comedic wit inject life into this energizing popcorn flick. And although some loyalists to the film universe may have hoped for a few more call-backs to its predecessors, The Predator occasionally acknowledges its origins all while serving up a plethora of trademark gory massacres and heavy doses of action. Black’s colorful dialogue becomes delivered brilliantly by an extensive collection of secondary actors who help sell the film's strongly written misfit comedy angle. In fact, the effort's lack of star appeal isn't a problem whatsoever, thanks in large part to these relatively unknown performers work in complete cohesion to generate an authentic and engaging thrill ride. Fans of Keegan-Michael Key (Comedy Central’s Key and Peele) won’t be disappointed either, as he crushes every scripted (or perhaps even non-scripted) joke. Yet, all of these quality aspects are weakened by an untypical inadequacy with Black’s screenplay. Pacing is a bit of a problem, as the film races out of the gate until it becomes completely lost in a meandering mid-section that eventually discovers a desperate need to abruptly wrap things up. However, all in all there’s more good than bad in Shane Black’s gratifying return to an iconic horror villain with his new release, The Predator.