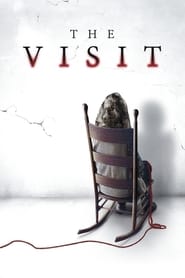 M. Night Shyamalan, the gimmicky filmmaker who once made his mark on the industry with unforgettable works such as The Sixth Sense and Signs, had lost the confidence of many major studios after a decade-long tailspin derailed his once envious career. However, Universal Pictures has handed him another shot at redemption with Shyamalan's latest thriller, The Visit.

After the events of one impactful evening turned into 15 years of silence between Paula (Kathryn Hahn) and her parents, she receives a letter from the elderly couple asking if they can meet their grandchildren, Becca (Olivia Dejonge) and Tyler (Ed Oxenbould), for the first time. Despite her reservations, the children push her into saying yes and they embark on their trip across the state while Paula takes a cruise with her new boyfriend. As Becca and Tyler spend a few days trying to get to know their grandparents, the elderly couple's behavior grows increasingly odd and leaves the kids concerned for their well being.

Although The Visit is far from the recurring duds that M Night Shyamalan has released over the past handful of years, the director continues to rely solely on shocking twists to win over an audience. And although Shyamalan may have convinced others that his career is trending back to its old winning ways , I recognize The Visit as the schematic ploy that it truly is. Filmed from the first-person perspective, meant to be a documentary by the eldest grandchild, Becca, this whole fad is as washed up and outdated as Shyamalan's "gotcha" approach. Creepy performances from aged veterans Deanna Dunagan and Peter McRobbie are executed brilliantly and clearly the film's driving force. But when you peel away The Visit's flimsy exterior, it represents yet another ineffective and empty entry from Shyamalan.