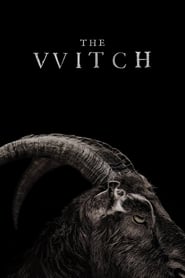 Robert Eggers' The Witch has been on my radar ever since its vocalized debut at the Sundance Film Festival in 2015 resulted in an award-winning run on the festival circuit. When in comes to the genesis of my affinity for film watching, the horror genre has always been the heart of my bloodlines. And with the fresh indie horror title, The Witch, finally receiving a theatrical run, Eggers breeds new life into the creatively barren genre.

William (Ralph Ineson) is the patriarch of a deeply devout Puritan family in 1630s New England who breaks away from their local community following a dispute in beliefs. The husband, his wife and five children settle on a pristine location at the edge of a large wilderness where they begin a new life dedicated to god. But after their infant child goes missing and their harvest yields destroyed crops, the family starts to believe that they are cursed by darker evil.

The Witch cleverly utilizes a creepy 1600s setting to enhance the fear and uncertainty splashes all throughout the feature. Tension builds slowly but effectively as the family spiral deeper and deeper into madness. A wonderful collection of unknowns put worth spectacular performances that help carry this period piece along the way to an explosive finale. In conjunction with stellar direction and a strong cast, Mark Korven's eerie score is a brilliant complementary force that sets the mood perfectly throughout the film. The Witch stumbles over some issues with pacing at its onset and the dialogue takes some getting accustomed to, but even an over-the-top final scene becomes forgivable thanks to a well crafted story that's executed remarkably well by its first-time director.