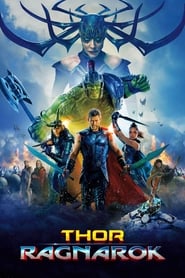 Personally, I needed Marvel's latest inclusion, Thor:Ragnarok, to redeem its title character's overlying franchise. After 2012's The Dark World dragged the entire Marvel Cinematic Universe (MCU) to an all-time-low, the God of Thunder quickly transformed into one of the MCU's most uninspiring characters. And while critics and audiences alike have heaped praise onto new director Taika Waititi's first go-around with Thor, let's be clear that Ragnarok isn't nearly as impressive as you've been made to believe.

When Thor (Chris Hemsworth) returns to Asgard, he finds Loki (Tom Hiddleston) posing as Odin and learns of his father's self-imposed exile. As Thor and Loki venture to find and confront their father, Odin's first-born and demonically powerful daughter Hela (Cate Blanchett) returns to claim the throne of a vulnerable Asgard. Meanwhile, Thor and Loki find themselves trapped on a planet of outsiders where they form a special team that returns to Asgard and battles Hela in order to save their home. 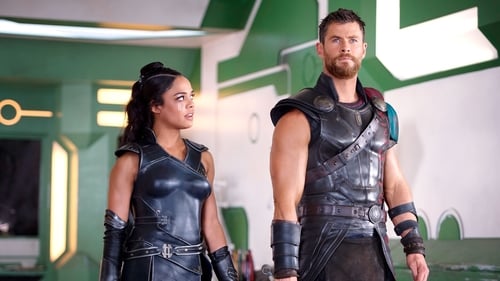 To varying degrees of success, Ragnarok's campy delivery pokes fun at the formulaic approach used widely within the MCU. This hyper-exaggeration leads to a whole new level of comedic absurdity that, fairly stated, comes with a nearly equal share of hysterical hits and hokey misses. Thankfully, though, Ragnarok also incorporates a more stylish vibe, courtesy of new helmer Taika Waititi, and this refreshing overhaul to one of Marvel's least interesting Avengers brings edginess and excitement to a spin-off desperately in need of a boost. Chris Hemsworth benefits from this complete redirection of his character and he's joined by the towering talents of Cate Blanchett who illuminates a strong villainous foe to the story. And while Ragnarok's reemergence of Mark Ruffalo's the Hulk is both bold and spirited, in a gladiator-esque battle scene that's worth the price of admission all on its own, the introduction of Tessa Thompson's Valkyrie character proves a far-less compelling addition. Consequently, Ragnarok comes with its ups and downs, but the film also places Thor back on track and propels him into the spotlight as the MCU gears up towards its highly anticipated Infinity War.