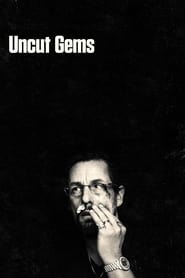 Adam Sandler is a name that has long been synonymous with humor, albeit not always with the greatest reputation. After a bull-rushing start to his film career that began with signature classics like Billy Madison, Happy Gilmore and The Wedding Singer, it wasn’t long before Sandler’s name became tainted by films like Jack and Jill and Grown Ups. And suddenly, a man who was once the nation’s king of comedy was soon relegated to a longstanding partnership with the streaming service, NetFlix. But after a few promising attempts at breaking into the world of dramatic acting, 2019 may have changed everything for Sandler. His gut-wrenching turn in Benny and Josh Safdie’s stylish thriller, Uncut Gems, has caught the eyes of many Oscar voters and has left everyone wondering if Sandler’s finally turned the corner in his decades-long career.

Howard Ratner (Sandler) is a jeweler in New York City whose uncontrollable gambling habits have gotten him in deep with various loan sharks. And with a rocky home life, an erratic mistress (Julia Fox) and a six-figure debt all looming over his head, Howard sees his only way out of this mess in the form of a rare and precious opal stone that holds a special allure over a basketball star (Kevin Garnett) in the NBA playoffs. But when things fail to go according to plan, Howard starts digging a deeper and deeper hole that he can only escape by winning one last massive bet. 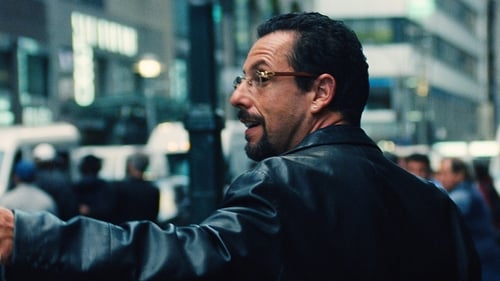 The Safdie brothers’ Uncut Gems is a two-hour pulse-pounding panic attack that’s cloaked in a stylish soundtrack and a gritty lead performance. Adam Sandler delivers a mesmerizing turn as a clear anti-hero, but a character that still demands your emotional investment despite his obvious flaws. This is no simple task as Howard’s troubles are all self-inflicted. He cheats on his wife, he has an undeniable addiction to gambling and he’s a liar trying to play everyone for a loop. And through all of these dirty deeds, we still take this anxiety-filled journey rooting for Howard’s victory the entire time. Adam Sandler serves as the driving force behind this moral quagmire for audiences. He’s a man in a predicament who only makes things worse with every ensuing decision. But Adam Sandler displays such raw emotion in the role, so much so that we overlook Howard’s series of lies and mistakes because we sense fearful human side of his character. Much has been made of “will he” or “won’t he” when it comes to Sandler’s chances of scoring an Oscar Nomination. Personally, he makes my Top 5 of the year and I hope the Academy feels the same. However, Uncut Gems is cut from an extremely dark cloth, one that doesn’t always resonate with Oscar voters, and especially in a year where Joker’s Joaquin Phoenix already stakes that claim. It wouldn’t surprise me to see the Academy lean in favor of a much safer pick like Taron Egerton (Rocketman) or Christian Bale (Ford v Ferrari), but Sandler’s career-best performance takes you into the hopelessness of his character and showers you with unease. Also, some of this unforgettable experience needs to be attributed to the film’s sibling directors, Benny and Josh Safdie who have shown a mastery of the stylish thriller genre with back-to-back efforts now (previously with Robert Pattinson in Good Time). The Safdie brothers once again prove they are as good as any at crafting a clever story with an explosive finale that forces the audience to forge a connection with its lead anti-hero. Mix in some unforgettable acting and a unique style, and that’s exactly what Uncut Gems gives you en route to being one of 2019’s most memorable films.