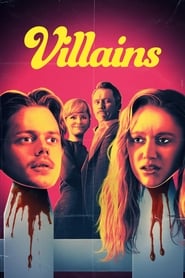 Maika Monroe was a female face of indie horror for a brief moment in time. With leading roles in the beloved festival darling, It Follows, and the campy b-horror movie, The Guest, Monroe felt like a modern-day scream queen in the making. Yet, as her career has materialized over the past few years, she’s dabbled in all sorts of genres in both large scale and very modestly budgeted films. But finally, Monroe returns to her horror roots in the buzzed-about SXSW entry, Villains.

Mickey and Jules (It’s Bill Skarsgard and Maika Monroe) are a crazy-in-love pair of amateur criminals determined to start a new life on the coastal beaches of Florida. But when their car breaks down after a convenience store robbery, the couple quickly ventures to the closest residence they can find. Hoping to steal a new set of wheels and quickly be on their way, Mickey and Jules stumble across a sadistic husband and wife (Jeffrey Donovan and Kyra Sedgwick) harboring a deep secret inside their home. 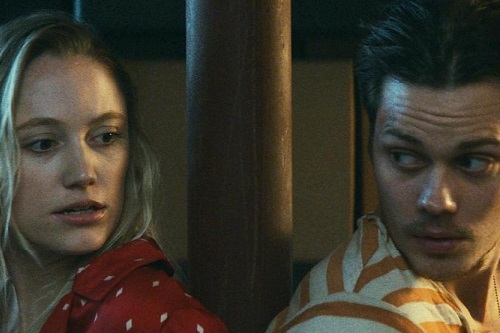 There are quite a few elements that propel co-directors Dan Berk and Robert Olsen’s Villains into a standout film from this year’s crop of SXSW titles. A witty interweaving of dark comedy and edge-of-your-seat suspense join with wonderful lead performances to help shape this brilliantly bizarre and creepy endeavor. And while Maika Monroe has cemented herself as a true horror fixture, her onscreen beau is magnificently delivered by Bill Skarsgard. He ditches the Pennywise makeup for dopey but lovable character whose buffoonish charm shines through despite his obvious poor moral decision-making. And even though Mickey and Jules are criminals themselves, they aren’t the real villains so blatantly addressed in the film’s title. That’s where Jeffrey Donovan Kyra Sedgwick turn their dials up to “11” with skin-crawling turns that in actuality set the proper mood for this modern horror-thriller. Villains compels, disgusts and entertains in the most shocking of ways making it an ideal SXSW world premiere and one that has set a steady buzz around the viewing masses here in Austin, TX.