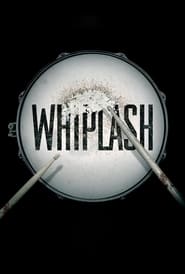 The 2014 Sundance Film Festival kicked off with a bang last night. In fact, it kicked off with a whole lot of them. Damien Chazelle's Opening Night selection, Whiplash, is a surprisingly provocative examination of "greatness" and a desire for perfection. Being the best at any facet of life requires dedication, sacrifice and a reasonable amount of obsession. And Whiplash brilliantly tackles this dynamic through the inconceivable backdrop of Jazz music. Implanted firmly in our nation's roots, Jazz music has become a forgotten treasure that's about as American as apple pie.

Andrew (played by Miles Teller) attends the finest music school in the country for one reason, and one reason only, he has every intention of being the greatest Jazz drummer of all-time. And with the guidance of the most skilled and feared instructor on the planet, Terrence Fletcher (J.K. Simmons), there's no limit to Andrew's success. That is, if his body and mind can handle the abuse.

Whiplash is a brutally realistic character study that succeeds on the shoulders of a pair of fine performances. This time last year, the young and impressive Miles Teller was virtually an unknown. But following the renowned critical success from 2013 Sundance selection, The Spectacular Now, we're all very aware of his capabilities. Even more remarkable is how easily Teller stands toe-to-toe with the always overlooked and always sensational J.K. Simmons. While some may shortchange Simmons' character by calling the film's primary antagonist devious or even a bully, there's far more depth to him than that. To the point where Whiplash transcends pure entertainment value and raises intellectual debates, such as whether or not this harmfully influential instructor is in the wrong. The way I see it, there's a price you must pay to achieve greatness. Even if it means abruptly halting a relationship with the girl of your dreams, or spilling your blood to improve your hand speed. Our character's darkly obsession leaves him fully capable of anything, and that's the scariest part of all.

For as emotionally and physically draining as Whiplash is, there's an equal amount of humor circulating throughout the screenplay. It isn't your typical happy-go-lucky comedy, but these offensive and abrasive one-liners certainly do the trick. And whenever the continuous loud banging around starts to test your patience, Simmons is quick to crack a joke, simply reinforcing the wide spectrum of emotions that Whiplash forces you to encounter. It's a unique story delivered in a compelling manner, all the way through to its bitterly prolonged final sequence.

You couldn't have asked for a better way to kick off the 2014 Sundance Film Festival. I laughed, I cringed and I empathized. Already scooped up by Sony Pictures Worldwide, this definitely won't be the last we've heard of Whiplash. Musicand movie fans everywhere, rejoice!