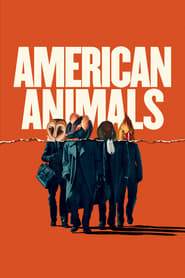 Another Sundance selection continuing its festival rounds at SXSW include Bart Layton’s new docu-drama American Animals. While the docu-drama is typically reserved for television dramatizations based on true life events, Layton has mastered that form of storytelling in a feature-length format. First with his BAFTA winning 2012 film The Imposter, and now with this biographical account of four college students who conjure up a risky plot to steal priceless art and historical books housed in the library of their small Kentucky university.

Narrated by the real-life Spencer Reinhard (portrayed in the dramatization by Barry Keoghan), Warren Lipka (Evan Peters), Chas Allen (Blake Jenner) and Eric Borsuk (Jared Abrahamson), American Animals takes the audience back to 2005 where Spencer and Warren spend their days smoking pot and imagining a more meaningful existence filled with purpose and excitement. And when Spencer discovers that their Transylvania University’s library is home to books and art valued in the millions of dollars, he and his best friend begin to wonder if they could successful pull off a heist. Yet, their wild fantasies slowly morph into a reality as they welcome two other friends into the plan and attempt the unthinkable. 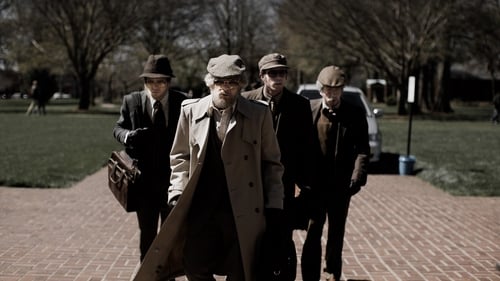 Interweaving narrated accounts of the events with Layton’s uncanny ability to transform real life into blistering entertainment, American Animals reassures with its opening text that “This is not based on a true story”, but rather “This is a true story”. And from that catchy beginning through an insightful introduction to our two main characters, Spencer and Warren, the film paints a fascinating portrait of wealth and privilege gone rogue. You’ll be hard-pressed to pinpoint one clear motive for their crimes. Were they committed out of boredom, were they done to rapidly obtain a life of financial complacency, or was it all just a beautiful storm of complex motivating factors spawned from a deeper, intrinsic underbelly? Whatever the reason, Layton and company take the audience on a thrilling ride that blends a typical uptempo heist-film tone with comedic intersections between its real-life narrators and dramatic actors. The experience is fresh and innovative, something that feels post-modern and well before its time. And beyond this absorbing tale is an excellent cast that helps carry out Layton’s unique vision. Evan Peters steals the show in his portrayal of Warren, the film’s suggested ringleader who pushed hardest to go through with the heist when the time came. American Animals commands your attention and takes you on a worthwhile ride unlike anything you’ve ever experienced.