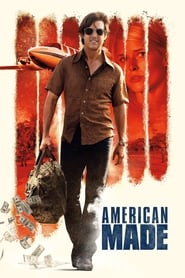 Doug Liman returns with his second offering of 2017, re-teaming with his former Edge of Tomorrow star, Tom Cruise, in the wild true story of a commercial airline pilot-turned-CIA recon gatherer. American Made plays to a similar tone that we've witnessed on many occasions, shedding its light on the notorious Medellin drug cartel and leader Pablo Escobar. This aura of familiarity and a complete disregard for character building haunt Liman's latest and have us pining for the level of success he showed early in his career with hits like The Bourne Identity and Swingers.

After growing tired of the monotony involved in his everyday life as a commercial pilot for TWA in the late 70s, a rare opportunity falls in the lap of Barry Seal (Tom Cruise) when he's recruited by the CIA to fly recon missions in South and Central America. Barry's thirst for adventure proves reckless when he finds himself immersed in a cocaine smuggling scheme under the behest of ruthless dealer Pablo Escobar. With all sorts of government agencies on his trail and danger certainly looming, Barry puts everything at risk when he makes a compromising decision that places him and his loved ones in grave danger. 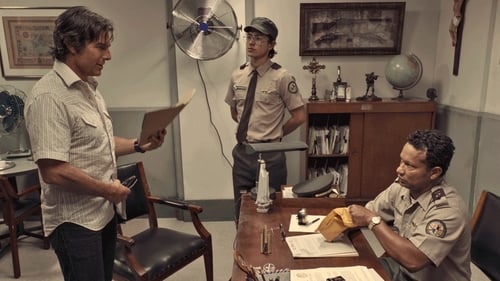 Eerily reminiscent of Ted Demme's 2001 cult classic, Blow, American Made suffers from what can only be described as an apparent egotistical grandstanding from leading star Tom Cruise. You'd be hard-pressed to find any extended period of time without Cruise's long, flowy locks and devilish grin plastered across the screen. Sadly, the film focuses exclusively on Barry Seal, and its failure to properly address the impacts of Barry's decisions on everyone else in his life through an adequate development of side characters proves detrimental. Barry's family, most notably, is nothing more than a silhouette to Cruise's demanding character. But despite this glaring weakness and unforgivable oversight to the film, American Made still manages to attract an audience with an energetic and amusingly tragic story. As Barry continues to fall deeper into his corrupt world of drug trafficking and money laundering, its like watching a car crash develop, where you refuse to look away for fear of missing the most destructive moment of impact. Cruise isn't at his best but he certainly remains capable of carrying a film, even if we're forced to take him in overflowing doses. But for as engaging and consuming as American Made's story allows it be, you can't help but feel like Liman should have accomplished so much more.