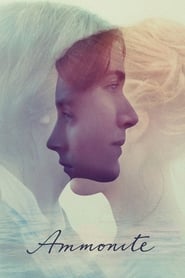 Awards season always arrives with a host of films desperate to win the affection of industry insiders, critics and the general public alike. Even in a year as unorthodox and unconventional as 2020, the list of Oscar hopefuls is as oversaturated with pseudo-contenders as ever, and none is more symbolic of this excess fluff than Francis Lee’s Ammonite. Once assumed to be a major awards season player, Ammonite has fallen from its sturdy perch into the cold, forgotten depths of the late-year frenzy and rightfully so.

Set in the cold and dreary seaside of 1840s England, Kate Winslet stars as Mary Anning, once an acclaimed and fossil hunter who has found solace in her own seclusion throughout the twilight of her career. But when a wealthy visitor entrusts Mary to entertain and care for his wife, Charlotte (Saoirse Ronan), she simply cannot afford to reject his offer. What begins as a combative relationship between these two women ignites into a fiery passion that goes against all social norms. 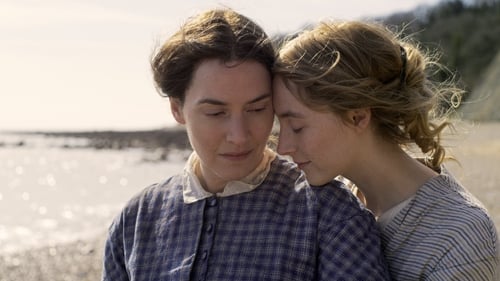 Written and directed by Francis Lee, Ammonite is the follow up to his well-received 2017 debut feature, God’s Own Country, which examined the budding homosexual relationship between an English sheep farmer and a Romanian migrant worker. Needless to say, the themes explored in this film are not uncharted waters for Lee. Yet, his latest effort is neither bold or daring in any way whatsoever, failing to mirror his intention of a courageous love story between the two main character. Instead, Lee relies on mere aesthetics such as exquisite cinematography and authentic set and costume designs to embolden an otherwise hollow endeavor. Ammonite is silent and subtle to a fault. The audience is forced to wade through quiet imagery and predictable performances that sadly culminate in a devastatingly unconvincing love story. Both Winslet and Ronan, whose career achievements speak volumes about their onscreen abilities, have their deeply committed acting talents squandered by subpar direction and razor-thin characters. Ammonite lacks vigor and energy, serving as a dull and lifeless late-year entry that undoubtedly falls short of its lofty awards season aspirations.