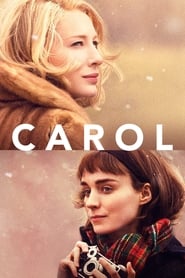 One of the most anticipated films to play at this year's Philadelphia Film Festival is the latest adapted drama from Todd Haynes, Carol. At the center of the film is two-time Academy Award winner, Cate Blanchett. And outside of the indisputable icon of female performers, Meryl Streep, Blanchett may be the most prominent actress in Hollywood today. But despite the enormous talents of the film's leading lady, Carol struggles to capture the deepest emotions of its audience.

This 1950s set feature follows a separated wife and mother, Carol Aird (Blanchett), whose history of sexual relationships with other women put her on thin ice with her husband. But when she refuses his final attempt at reconciling their marriage and, instead, pursues a much younger department store clerk named Therese Belivet (Rooney Mara), Carol jeopardizes her ongoing legal battle for joint custody of her daughter.

First and foremost, Cate Blanchett continues her long string of top-flight work with a turn that warrants the Oscar buzz which surrounds it. Rooney Mara delivers a fine performance in her own right, as does fellow supporting star, Sarah Paulson. However, all of this notable work is lost in an inept script and sluggishly paced film. Running at nearly a two-hour clip, a trudging and uneventful story regrettably spoils an otherwise superbly acted tale of true love.