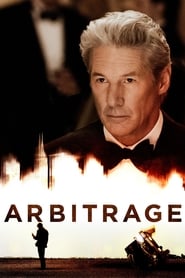 After a successful showing at this year's indie-packed Sundance Film Festival, Nicholas Jarecki's Arbitrage is a fitting film for our country's current economic situation. Arbitrage follows a hedge fund magnate named Robert Miller (played by Gere) who seemingly has it all. As we are introduced to Miller on his 60th birthday, the successful businessman and devoted patriarch appears to be living the American dream. However, we soon catch a glimpse into the darker side of Miller's life where an adulterous affair and dirty accounting tricks to protect his company's image show a desperate man. When a terrible accident leads to potential homicide charges, the financial guru needs to outsmart a local investigator (played by Tim Roth) who's right on his trail.

Jarecki's thriller Arbitrage is a well paced independent film loaded with top tier acting and a solid screen play. Taut in every way imaginable, you can't helped but get sucked into this venomous story of greed and murder. Gere, along with supporting cast such as Susan Sarandon, Tim Roth and rising star Brit Marling, help elevate Arbitrage to the upper echelon of its class. In addition to the well rounded cast, Arbitrage boasts a constantly progressing plot with smart and crafty dialogue. This is hands down one of the most refined screenplays of the year.