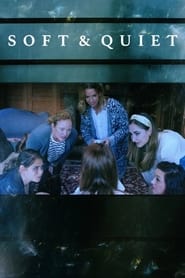 Most modestly-budgeted indie films come to SXSW with hopes of securing a lucrative distribution deal that will allow the movie to reach as many viewers as possible. For many, this culminates as a swing-and-miss pipedream as the offers never come. But for writer and director Beth de Araújo, she arrived in Austin eager to unveil her tense new racial thriller, Soft & Quiet, without a dark cloud of uncertainty looming overhead. That’s because Blumhouse, perhaps the most iconic horror-centric production company of the 21st century, discovered something in Araújo’s work that they needed to have, and news of their distribution deal just days prior to the beginning of the festival immediately thrusted Soft & Quiet into the “must see” status of SXSW’s robust film slate.

The movie opens on an elementary school where the audience is introduced to Emily (played by Stefanie Estes), a kindergarten teacher whose influential impact over the school’s children is felt instantly. But the dangers of Emily’s inner beliefs aren’t fully understood until she hosts a small get-together of other like-minded women who vocalize their frustrations with America’s evolution into a multicultural society. With a Swastika carved into the top crusting of a baked cherry pie and a sign that reads “Daughters for Aryan Unity” resting neatly behind them, there’s no sugarcoating their agenda. And the horrors of their feelings and actions continue to manifest themselves throughout the day, where Emily is confronted by a person from her past. 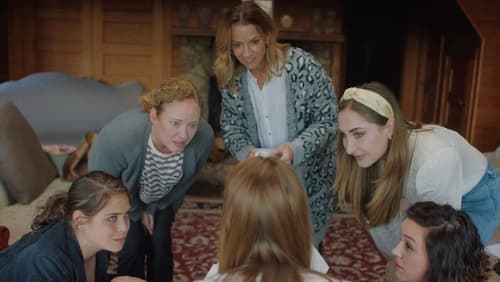 There’s no joy or comfort in sitting through Blumhouse’s latest acquisition, Soft & Quiet. The experience is a viscerally appalling snapshot of racism and its continued stranglehold over pockets of American society. And to take a step back and consider the ramifications of a school teacher with this mindset indirectly imposing her world views on impressionable children, it’s about as terrifying as it gets. However, this is the extent to which Soft & Quiet becomes meaningful. What unravels after this disturbing meeting between women quickly flies off the rails. As Emily and her friends embark on a quest of retribution against a pair of local Asian sisters that they encounter, the characters begin to act without any semblance of reason or rationality. The film’s hyperbolic dialogue becomes matched by outrageous, over-the-top behaviors that begin to question the movie’s scope and authenticity.

At its best, Soft & Quiet works as a frightening reminder of the deep-rooted, racial vitriol that’s permeated throughout the country for centuries, and how it can be found in the unlikeliest of places. Impressively shot in real-time, a feat that has been mastered by many at this point, but is still astonishing to experience, Beth de Araújo’s crisp direction also serves as a bright spot to the feature. She’s clearly a talented visionary who’s capable of achieving technical greatness. Yet, at its worst, Soft & Quiet’s hasty downward spiral into the frustrating world of unmotivated actions and reactions boils into a looming presence that makes the film more of a politically-charged clickbait headline than a genuinely insightful news story.