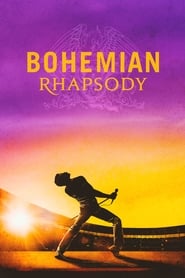 The long-awaited Queen biopic Bohemian Rhapsody has finally reached the big screen after being in development for the better part of a decade. It felt like eons ago when Sacha Baron Cohen agreed to star as rangy vocalist Freddie Mercury in what was believed to be an outrageously edgy and risqué examination of the controversial frontman. However, three years after Sacha Baron Cohen’s announcement in 2010, and significantly further into the film’s push to production, creative differences between the living band members and the film’s star finally reached a boiling point. Sacha Baron Cohen walked away from the project after refusing to settle for a PG-13 version of Mercury’s life told against the backdrop of Queen’s legendary rise to stardom, but the producing band members ultimately won out as that’s exactly what we’re given with Bryan Singer’s frustratingly tame and wildly inaccurate musical biopic.

It’s the early 1970s and a young Farrokh Bulsara (Rami Malek) escapes from his faith-driven household by attending local rock shows. And upon crossing paths with a talented group of musicians who ironically lose their singer, Farrokh steps out from the shadows and offers a generational voice to their musical abilities. From there, Queen quickly climbs up the rock and roll ranks lending its hand to Farrokh’s name change (to Freddie Mercury) and a host of reckless inhibitions that ultimately lead to the singer’s sad and tragic demise. 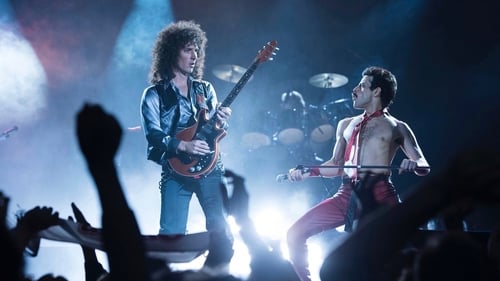 Artistic freedom is at a premium as Bohemian Rhapsody completely rewrites historical fact in this soulless cycle through Queen’s greatest hits. Everything from the film’s portrayal of the band’s epic reunion to perform at 1985’s Live Aid concert to when Freddie discovers his terminal diagnosis couldn’t be further from the truth. Instead, Anthony McCarten’s hollow screenplay navigates through Queen’s formation and explosion onto the rock scene with amateurish nuance and half-hearted dramatics. Yet, leading star Rami Malek does build an interesting main character while adequately handling his role as the flamboyant singer. I do believe the hype is reasonably overblown, though. Malek is fine but far from sensational, and I legitimately question his odds of earning an Oscar Nomination at this point. Malek certainly isn’t aided by his co-stars or script, as both are instantly forgettable. Bohemian Rhapsody struggles with giving in to tired clichés. And every time you begin to hope that the film will turn a corner and offer some semblance of originality, you’re instantly reminded that every scene is masquerading as an artificial checkpoint rather than serving as an organic vessel into the unpredictable mind of vocal icon Freddie Mercury and those around him. On a brighter note, I will say that Bryan Singer’s phenomenal shot leading into Wembley Stadium as Queen prepares for its 20-minute set at Live Aid is absolutely remarkable. In fact, Rami Malek perfectly imitates Mercury’s mannerisms from that iconic performance and it helps close out the film with a strong, much-needed finish. There are moments of promise scattered throughout Bohemian Rhapsody, yet Bryan Singer’s work mostly remains a dull and overtly mild depiction of an anything-but-docile superstar.