Review | A Star Is Born
Search 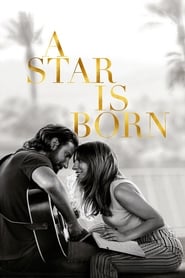 People Magazine named him the Sexiest Man alive in 2011, but since then Bradley Cooper has proven to be far more than just a handsome face. The gifted performer’s emergence as an awards season fixture, thanks to a trio of fairly recent Oscar nominations (Silver Linings Playbook, American Hustle and American Sniper), has helped transform Cooper into one of Hollywood’s biggest stars. Yet, an artist is never content. Craving more responsibility and a yearning for the highest admiration possible, it’s no surprise to see Cooper transition into the director’s role for his critically-adored directorial debut, A Star Is Born. The story is one that’s often been told, as Cooper’s rendition will be the film’s fourth time in production. However, megastar Lady Gaga’s first crack at a major dramatic role and a sober Cooper’s familiarity with his alcoholic character’s struggles lend an innate chemistry that allows the film to soar.

Rock star Jackson Maine (Cooper) finds himself liquored up, as usual, after another successful concert and stuck in between his travels. Unsurprisingly, he forces his trusty driver pull over at the first bar he sees and it’s there where the rock star crosses paths with the angelic voice of Ally (Lady Gaga). Jack immediately becomes transfixed by her talents and the two share a lovely evening together, one that evolves into a loving relationship. But after Jack introduces Ally to the listening world as a backup singer on his tour, her solo career eventually takes off and this leaves Jack alone once again with nothing to do but return to his old drinking ways. Can their love thrive through the distance and separation between these two touring stars, or is devastation inevitable? 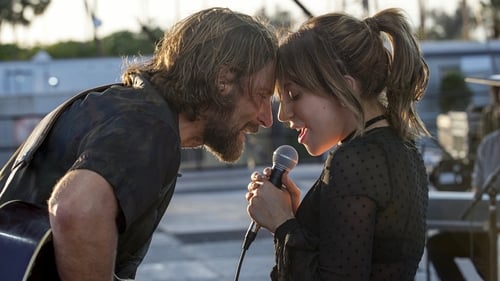 A Star Is Born reaches for the sky, bravely tackling a myriad of themes and subplots underneath its often heartbreaking love story. Aspiring singers and musicians will marvel over the film’s early depiction of Ally’s dream-like climb to fame, while others will recognize the story’s somber reflection on real-life issues like addiction and mental health. And that’s what makes A Star Is Born so impactful, the film’s daring authenticity mirrors all of our lives in some way or another. But if that wasn’t enough, Lady Gaga and Bradley Cooper deliver two of the year’s most notable turns. The pair’s comfort in their characters’ shoes enables a natural fluidity to the film. You fall in love with Jack and Ally because you genuinely believe these performances, which helps raise the emotional stakes when times get turbulent for the couple. Throughout the film you often here Jack mumble on about having “something to say” and using your voice, it’s even a blueprint to the fabric of Cooper’s recycled tale. Ironically, Cooper uses this theme, along with many others, to tell us quite a lot about love, loss, and what it means to be alive. And after a wonderful debut feature such as this, we can only hope that Bradley Cooper continues to find something worth saying for many years to come.