Review | Call Me by Your Name
Search 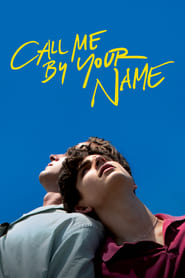 Call Me by Your Name
Movie Critic Dave's Ratings
Stars

Although it took a pair of tries to finally get it right, last year's Best Picture award went to Barry Jenkins' poetic and astounding drama, Moonlight. The film focuses on a central character who experiences a life-long journey of uncovering his sexual identity. This underlying similarity also reigns supreme in Luca Guadagnino's critically-adored festival darling, Call Me by Your Name, which makes it categorically impossible to avoid a distinct comparison between these two cinematic achievements. Yet, no matter how much you try to weigh one against the other, much like Barry Jenkins' prestigious award-winner, Call Me by Your Name appears destined to end up as a Best Picture Nominee from the Academy Awards.

Set against the picturesque landscape of Northern Italy circa the early 1980s, Elio (Timothee Chalamet) is a gifted scholar and musician born to a professor (Michael Stuhlbarg) who's gathering research during the summer months. And as his father's latest research assistant Oliver (Armie Hammer), a strapping American man radiating with confidence and a chiseled build, visits and stays at the family's residence, Elio's sexual curiosity begins to transform from an internal passion to an exterior pursuit. The seventeen year old boy eventually confesses his feelings to Oliver and they embark on an unforgettable summer romance that's doomed by an inescapable expiration date when Oliver must return home to the United States. 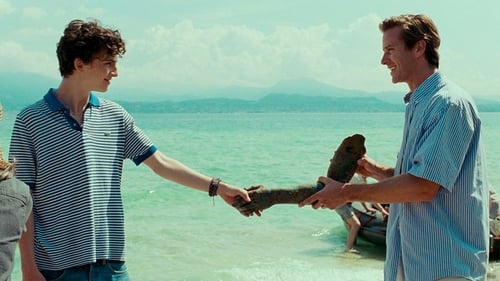 Call Me by Your Name is a sweet and subtle examination of first love in all of its beauty and heartache. James Ivory's adapted construction of Elio's sexual evolution from an inward curiosity to an outward plea for Oliver's companionship is a true marvel. And while the film's ability to stir an emotional response occurred more in a meditative retrospect than in the actual moment of viewing, mostly due to an overly detailed and laboring pace, director Luca Guadagnino achieves his ultimate goal and delivers an effective dramatic story. Speaking of Guadagnino, his eye is spectacular as he captures an array of masterful shots that are emboldened by pristine cinematography. These technical and atmospheric accomplishments are further supported by a fantastic lead performance from Golden Globe and SAG Nominee, Timothee Chalamet. The youngster serves as the life-force behind Call Me by Your Name and he effortlessly captures the undulating teenage emotion engulfed by first-time love. And despite my mixed feelings regarding Armie Hammer's onscreen work, perhaps a little off-putting due to the clear age difference between the characters, fellow supporting star Michael Stuhlbarg mesmerizes with an unforgettable closing soliloquy regarding intimacy and the important of discovering love in its purest form. Experiencing Call Me by Your Name can often feel like a chore, wading through the sometimes exhaustive nuance of Luca Guadagnino and James Ivory's storytelling, but it's also a tender and heartfelt journey that's worthy of your patience.