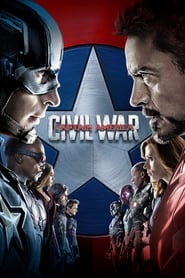 Whether you glance outside your window this morning and it looks that way or not, Summer has officially arrived. Maybe not in the form of cargo shorts and sandals, but rather the sizzling summer blockbuster season that's guaranteed to fill movie theater seats all across the globe. Captain America: The Winter Soldier directors, siblings Anthony and Joe Russo, kick off the slate of summertime features with an explosion of a sequel, Civil War. And as the third phase of Marvel's ever-expanding universe gets under way, we can breathe a sigh of relief knowing that this beloved superhero saga is in careful hands.

While the civilian casualties suffered at the expense of earth's most trusted protectors, The Avengers, continue to mount, global leaders demand more regulations on the team of superheroes. Tony Stark (Downey Jr.) reaches out to the group as an advocate for more oversight, while Steve Rogers (Chris Evans) refuses to let his superhuman abilities operate under the direction of anyone other than himself. And as unknown personal connections between these two iconic superhero figures further reveal themselves, a rift slowly divides The Avengers and they're forced to battle for their unwavering beliefs.

Make no mistake about it, Marvel takes its next step in grand fashion. Following the universal success of The Winter Soldier, Anthony & Joe Russo pick up right where they left off. A brilliantly constructed storyline transforms the franchise into a daring spectacle of superheroes vs. superheroes, one that's indescribably choreographed to perfection. With a dozen participants evenly split and made up of both new and familiar faces, this ultimate showdown is what you're paying to see and it's more than worth the price of admission. Packed with witty dialogue and massive special effects, Civil War will forever reside as an iconic step in Marvel's series of films. And, thankfully, the film is a successful endeavor that stacks up well against any of its predecessors.

While I know it's an unjust comparison to measure Marvel's wildly developed film universe against Christopher Nolan's gritty trilogy surrounding The Dark Knight of Gotham, especially since their tones are so vastly different, I can't help but feel slightly underwhelmed by a few deficiencies. For starters, Civil War opens with a lengthy sequence that does very little to progress the story. Rather than keep its running time concise and its focal point sharp, the film repeatedly deviates into mind-numbing doses of action. I'm fully aware that its impossible to argue against the precision of the film's intricate hand-to-hand combat sequences, but after nearly two and a half hours, these moments grow tiresome. Furthermore, it's become a recurring theme within the Marvel structure to deliver villainous foes that are weakly developed and unsatisfying as a main resisting force. Therefore, as expected, the trend continues in Civil War where the feature's primary antagonist takes a back seat to disputing factions of The Avengers.

Considering Marvel's ever-growing collection of superheroes, it's amazing how well the studio has kept all of their films and characters in order. It's truly a testament to their dedication. However, the cookie cutter structure in which they force their entire catalog to conform to won't work forever. Much like all of the previous installments, Civil War wins over its audience with energetic action and well-timed humor. It's an approach that has worked well to this point, but I question whether it can sustain for the long haul. It will be interesting to see how these storylines develop over the next few years, but in the meantime, we should all enjoy it while it lasts.