Review | The Age of Adaline
Search 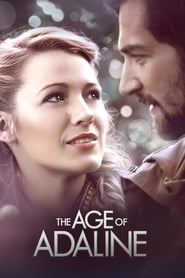 Back in my younger years, 2008 to be exact, I stubbornly brushed off an unusual tale of aging that went on to win a trio of Oscars. The movie was called The Curious Case of Benjamin Button, and the film turned out to be one that I absolutely adored once I came to my senses and viewed it with an open mind. At first glance Lee Toland Krieger's The Age of Adaline transported me back to 2008, and I refused to allow myself to make the same mistake twice. So I eagerly ventured to the city for an advanced screening of this mystical love story.

Adaline Bowman (played by Blake Lively) was born shortly after the turn of the century in 1908. Following a surprise meeting with a charming young man, she marries him less than three months later and gives birth to their daughter, Flemming. One fateful night while traveling home during a rare snow storm in California, an unexpected car accident delivers Adaline with the ability to never age. Unfortunately, this unwanted curse forces her into a remote life for many decades until she meets Ellis (Michiel Huisman), a charming young man who may be worth the risk of divulging her closely kept secret.

The young beauty, Blake Lively, takes center stage in this whimsical tale of an ageless woman who defies science and logic in every way imaginable. Yet, despite Lively's finest efforts, a ludicrous and blindly absurd tall-tale stands firmly in her way of success. Everything from an unnecessary and irritating narrator, whose only purpose is to spew blasphemous scientific gibberish that somehow supports this completely fabricated medical condition, all the way to a typical over-acted role by Harrison Ford that we've come to expect in the twilight of his career.

The Age of Adaline is a mightily flawed film that suffers from lazy writing and over-embellished dramatics. As a bull-headed Adaline refuses to give into the advances of a persistent and intriguing young man, only a rare meeting with her daughter - who at this point appears even older than she does - can sway her opinion. But in an unconvincing fashion that's essential to the progression of the plot, Ellyn Burstyn's character bullies her neurotic mother into pursuing a relationship with a guy that neither of them know anything about. This is just one of the many examples of cheap and paper-thin writing that plagues The Age of Adaline.

For as unappealing and careless as the film is, The Age of Adaline does offer some exceptional cinematography and costume design. The constant flashbacks to early in Adaline's life do a superb job of transporting the audience to that time period. Furthermore, the onscreen efforts from Blake Lively and her love interest, Michiel Huisman, are anything but a hindrance to the feature. Instead, obvious twists and turns in the screenplay blend together terribly with an out-stretched running time to ultimately tear down an already flimsy foundation.

I'm a huge fan of well-executed and wonderfully told love stories. Films like Slumdog Millionaire and Silver Linings Playbook transcend the romance norm, but do so on the back of solid story-telling and carefully constructed characters. The Age of Adalinefeels more like a gimmick, and one that isn't nearly worth the investment.