Review | Come As You Are
Search 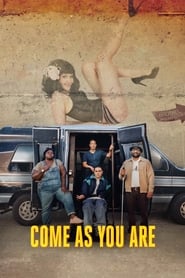 Come As You Are
Movie Critic Dave's Ratings
Stars

If the 2019 SXSW film slate is truly a microcosm of what to expect from this upcoming cinematic year, then prepare to drown in laughter because there’s been a comedy takeover at the festival and few movies have generated as many laughs as Richard Wong’s Come As You Are. This festival darling comes from a filmmaker who has floated around the industry without actually breaking through. But Richard Wong’s career could be headed for a whole new trajectory thanks to delivering one of this year’s finest SXSW entries.

Scotty (Grant Rosenmeyer) is a 30-something year-old quadriplegic virgin who still lives at home with his chatty and overbearing mother (Janeane Garofalo). And when his sexual curiosity leads him to discover a brothel in Montreal that caters to his specific needs, Scotty rounds up fellow disabled friends Mo (Ravi Patel) and Matt (Hayden Szeto) to join him on a road trip up north. But without seeking the approval of their helicopter parents, these men secretly recruit a chauffeur (Gabourey Sidibe) via Craigslist to help escort them on their upcoming sexual conquest. 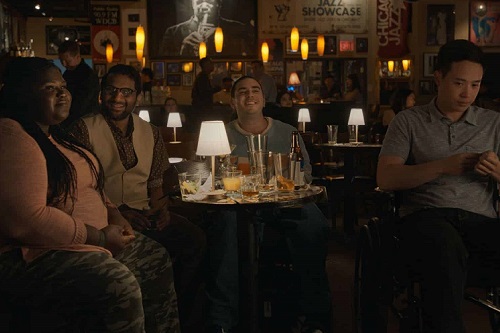 Come As You Are stands as both a refreshing indie comedy and an empathetic exposé into the everyday difficulties of life as a physically handicapped individual. The laughs are relentless and superbly complement a sturdy and heartfelt story from screenwriter Erik Linthorst. Scotty as a quadriplegic, Mo as a blind man and Matt as someone paralyzed from the waste down, each character brings a different perspective to the group, an element that shines a light on the vast diversities of the physically impaired. But even as earnest and forthright as the film is regarding these disabilities, Come As You Are also uses them as a comedic vessel for riotous laughs and laugh-out-loud humor. The entire collective cast offers one of the best ensembles of the festival with a strong stockpile of performances. Most notably are turns from The Edge of Seventeen’s Hayden Szeto and Master of None’s Ravi Patel, both of which channel their deeply personal and good-hearted characters with a stunning reverence. As an audience we gladly journey on this hilarious road trip with an immoral intention only to discover it’s a brave and more humanistic purpose to the endeavor. It’s a truly introspective journey in the vein of another similarly-themed film called The Sessions that’s filled with heart, laughter and drama. Come As You Are represents a wonderful indie comedy that still manages to separate itself from the many other successful funny films at this year’s SXSW festival.