Review | Dumb and Dumber To
Search 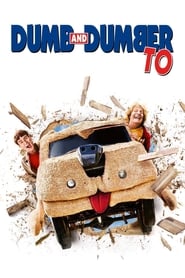 For any sequel 20 years in the making, the general consensus is you should hope for the best but expect the worst. Unfortunately, when it comes to the Farrelly brothers' attempt at reviving the Dumb and Dumber franchise, the worst is what we're given. To be fair, however, Dumb and Dumber To is a tolerable effort that elicits the occasional chuckle here and there. But when it comes to one of the greatest and iconic comedy classics of all-time, why couldn't Bobby and Peter Farrelly just leave well enough alone?

The film opens with a return to our two favorite knuckleheads nearly two decades after Mary Samsonite (or was it Swanson?) walked off with her husband and broke Lloyd's (Jim Carrey) heart. The devastating blow landed a speechless Lloyd in a psychiatric facility where he receives frequent visits from his best bud, Harry Dunne (Jeff Daniels). After revealing that it's all been a 20 year "gag", the dimwitted duo embark on another journey, this time, to find Harry's newly revealed daughter, Penny (Rachel Melvin). 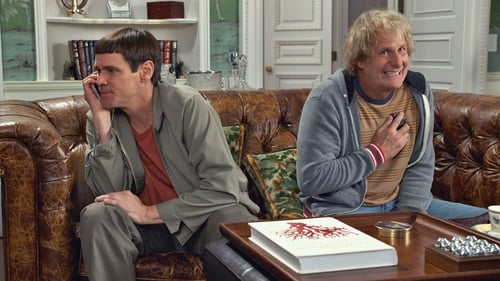 Dumb and Dumber To carefully delivers a blend of both new and rehashed jokes in an attempt to entertain the loyalists and the newcomers. And while the laugh out loud moments are almost non-existent, thanks to a brand of delivery that feels a little outdated and unoriginal after all these years, the film's biggest hindrance lives in its poorly concocted story. Therefore, if your seeking some genuine laughs these next few weeks, you're much better off revisiting the original over and over again.