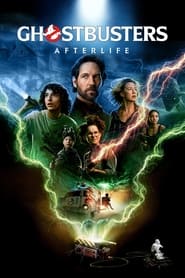 Ever since the overwhelming success of Ivan Reitman’s original 1984 classic Ghostbusters, the franchise has failed to produce a meaningful continuation to its saga. Middling reviews and audience scores plagued both Reitman’s 1989 sequel and the 2016 all-female reboot. Yet, 37 years after the franchise’s inception, Juno and Up in the Air director, Jason Reitman, takes over the reins for his father with the highly anticipated follow-up, Ghostbusters: Afterlife. Jason Reitman’s quest to recapture the nerdy and childish allure of the original goes far too literal with his Ghostbusters meets Stranger Things mashup that pits a new crew of youngsters against a familiar paranormal threat.

Carrie Coon stars as Callie, a broke single mom who uproots her two children, Trevor (Stranger Things’ Finn Wolfhard) and Phoebe (Mckenna Grace), from New York City to a small town in Oklahoma where her estranged father has passed away and left her his run-down farmhouse. As Trevor and Phoebe try to ingratiate themselves with the locals, they also discover that there’s something strange in the neighborhood. And when a nerdy Science teacher (Paul Rudd) helps them connect the dots between past and present, the kids are forced to battle a demonic invasion. 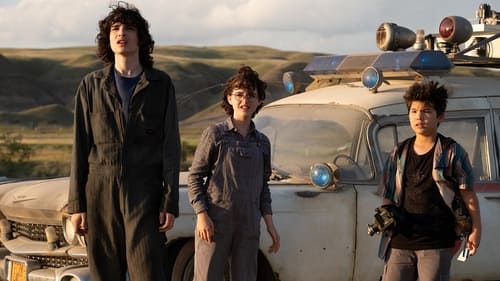 Afterlife adequately assumes the genre-morphing qualities of its source material by dancing across multiple elements of horror, comedy and action. However, the film’s bold deviation from this trifecta hits a snag when it stumbles over its added coming-of-age storylines that do very little to enrich the experience. Jason Reitman’s new installment is destined for polarization. Fanboys of the original films, the animated television show spinoff and the Ghostbusters video game will marvel at all the continuous “Easter eggs” splashed across the movie screen. Yet, it’s this same overreliance on throwbacks and nostalgia that saddles Afterlife with an odor of unoriginality, especially throughout the film’s often unbearable third act. Jason Reitman ultimately settles for the low-hanging fruit, clinging to the recognizable and familiar and failing to forge his own path in the saga. With wasteful, razor-thin characters for talented performers like Carrie Coon and Paul Rudd, Afterlife lacks depth and prominence across the board. Jason Reitman does deliver a few gratifying onscreen moments, but the overwhelming majority of this two-hour long endeavor is spent mired in mediocrity.