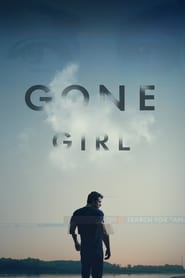 There aren't many directors floating around Hollywood who can churn out high quality films at an expedited rate like the great David Fincher. Although this master of dark-natured cinema has only found himself at the big dance twice, nominated for The Social Network and The Curious Case of Benjamin Button, Fincher has branded himself as one of the premier filmmakers in the industry with gritty works like Se7en, Fight Club and The Girl with the Dragon Tattoo. And to be perfectly clear, the director's latest addition to his overflowing portfolio, the adapted mystery Gone Girl, manages to stack up pretty well against any of his other previous hits.

When Nick Dunne (played by Ben Affleck) returns home on the morning of his 5th wedding anniversary, signs of a struggle and no word from his wife, Amy (Rosamund Pike), prompt him to alert the authorities. As Nick battles to process this chain of events, all signs of the investigation slowly begin to point to him. With the world turning against him, thanks to an onslaught of media-driven finger-pointing, Nick will stop at nothing to prove his innocence. But one haunting question still remains, did he do it?

This year's latest blockbuster release, Gone Girl, is an entertainingly wild affair filled with twists and turns at every corner. Nothing is ever what it seems, and all of the suspense and mystery boils down to an edge of your seat thrill ride that proves to be utterly unpredictable. Ben Affleck gives one of the strongest performances of his career, but still happens to be overshadowed by the onscreen brilliance of his counterpart, Rosamund Pike. Move over all you Hollywood starlets, Pike has officially "arrived" and her jockeyed position in the Best Actress race feels all but assured. I think it's safe to say we can all expect to see a lot more of Pike in the upcoming years. In addition to a pair of leads who do an exceptional job of carrying the film, director David Fincher manages to get the most out of his secondary characters with noteworthy turns from Carrie Coon, Tyler Perry and Kim Dickens as well. Gone Girl's performances and unforeseen story help catapult the film into one of the best pictures of the year.

Despite the movie's impressively eerie tone, something Fincher always tends to capture well, a few mitigating factors are apparent. With a sluggish third act that could admittedly go on forever, Gone Girl's nearly 150-minute running time doesn't go unnoticed. However, each and every shocking surprise you encounter makes it worth the ride. Furthermore, it's impossible to ignore the unrealistic manner in which some of the police and hospital procedures are conducted. Although it's mostly meant for dramatic effect, ignoring standard protocol lessens the authenticity to some extent. Yet, all of Gone Girl's shortcomings eventually fade to the background and allow the audience to be consumed by a whirlwind of intrigue and anticipation.

With a screenplay written by author Gillian Flynn herself, fans of the best-selling novel are guaranteed to appreciate David Fincher's brilliantly directed adaptation. And for everyone who never read the book, much like myself, you will also be impressed. From top to bottom Gone Girl is a stellar piece of filmmaking that sets the bar high for countless other late-year releases. Make sure you get to the movie theatre and enjoy one of 2014's finest features.