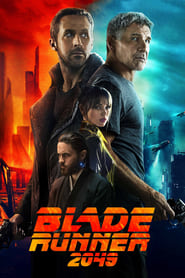 It was 35 years ago when Ridley Scott broke ground with his sci-fi classic Blade Runner. Trading action-packed thrills for a tempered and more cerebral science fiction endeavor helped make an impact on an entire generation of movie lovers. And if a sequel had to be done, what better filmmaker to take the reins than Arrival helmer Denis Villeneuve? Brandishing an intellectual screenplay and Villeneuve's keen visionary mastery, Blade Runner 2049 has clearly been placed in the most worthy of hands.

Set thirty years after the original, Officer K (Ryan Gosling) is a new-hybrid of replicant Blade Runner, programmed to fully obey his human masters. But as he becomes assigned to a very delicate case, the mystery he's supposed to solve slowly forces him to question his own existence. And with all of the answers belonging to former agent Deckard (Harrison Ford) who has gone into hiding for decades now, K must track down the legendary Blade Runner in order to finally unlock the truth to his cloudy past.

Much like Ridley Scott's Alien franchise, Blade Runner 2049 finds a unique beauty in its ability to pose more questions than answers. But despite a frustrating ambiguity that's assured to displease select audiences, Denis Villeneuve and company do an amazing job of expanding on the universe that Ridley Scott created 35 years ago. Taking the auteur's classic idea of building compassion for the replicant population and transforming that into a core principal within the structure of this new examination, Villeneuve enlightens the viewer with fascinating psychological quandaries and thought-provoking introspection. Ryan Gosling offers a stellar lead performance that's wonderfully complemented by a multitude of smaller, yet unbelievably effective, roles. And while Gosling undoubtedly hogs the film's face time, not a single side character wastes a moment on screen. Don't be fooled, though, Blade Runner 2049 comes with a fair share of criticisms. The film wallows in a sluggish and thrill-less delivery that snow-piles throughout an often painful 160-minute duration, and its uncharacteristically weak score with the great Hans Zimmer on board proves to be a bit of a disappointment. However, loyal and respectful fans of the original Blade Runner can look past these flaws and find solace in Denis Villeneuve's originality and heady subtext that rival the work of its predecessor.