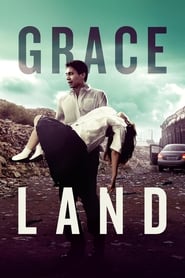 Reaching a few select theatres this weekend is director Ron Morales’ foreign film, Graceland. Arnold Reyes stars as Marlon Villar, a loyal long-time driver to a corrupt Filipino Congressman named Manuel Changho (played by Menggie Cobarrubias). After picking up his daughter Elvie and Congressman Changho’s daughter Sophia from school one afternoon, Marlon finds himself in the most inconceivable situation after a plan to kidnap the politician’s child goes terribly awry. Desperate beyond belief, Marlon must do everything in his power to save Elvie from the men holding her hostage.

Graceland is a Filipino thriller that unfolds comfortably on the shoulders of writer and director Ron Morales. With the simplest of premises, the film crashes through the “mundane” barrier by paying close attention to detail and allowing the story to unravel fluently. This taut and suspenseful crime-drama develops with such intensity and unrelenting flavor that the credits roll before you even have a chance to let it all soak in. Graceland is a dark and devious ride that never feels easy, but never feels wrong.

Films rarely begin and end without a scratch or blemish. Graceland generates some fair criticisms that ultimately address the subject matter more so than the film itself. Tackling some serious issues regarding underage prostitution, Graceland takes a moral stand but hardly delves deep into the heart of the problem. Rather than exposing the audience to the harsh reality of it all, Morales tip-toes around getting his film too caught up in the issue. Perhaps in doing so, Graceland ends up trading some credibility for a stronger, more direct, final project.

A convincing turn by Arnold Reyes, an evolving script from Ron Morales and a dark subject matter all manage to lift Graceland far past sustainable heights. A shocking and entertaining journey, Graceland is another glowing example of the exceptional world-wide films that often sneak past the typical American moviegoer. This 84 minute revenge thriller delivers the goods and never looks back. Currently available on Video On Demand and playing in select theatres, Graceland is one movie experience you won’t regret.