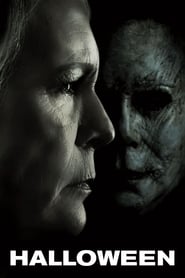 All is right with the world when it’s the Halloween season and Michael Meyers is back. And not only is David Gordon Green’s new, direct sequel to John Carpenter’s original 1978 Halloween a landmark reboot for the franchise, it’s one of the year’s finest films, period. Skepticism naturally grew at the film’s announcement, as Green and his co-writer, Danny McBride, both of whom broke into the industry via their comedic voices, seemed like a peculiar fit for the project. Yet, nothing could be further from the truth as Halloween brings the perfect amount of fear and anxiety just in time for the upcoming holiday.

The film alludes to Michael Meyers’ capture after falling from the second story balcony in the original, and has since spent 40 years in confinement at Smith’s Grove Sanitarium. But when a now 60+ years old Meyers is scheduled to be relocated to a new facility, the serial killer escapes once again to return and terrorize the only town he’s ever known. Meanwhile, back in Haddonfield, Laurie Strode (Jamie Lee Curtis) has sacrificed a familial bond with her daughter (Judy Greer) and grand-daughter (Andi Matichak) in exchange for a harshly over-prepared and weaponized lifestyle as she patiently awaits the killer’s inevitable return. 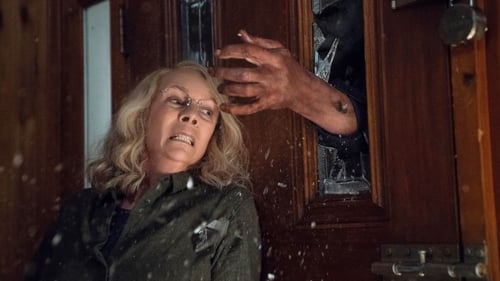 Halloween circumvents the horror norm with a strict detail to its characters, both old and new. Laurie’s newfound gun-loving personality as a result of her traumatic experiences opens up a whole new world of possibilities that film explores brilliantly. On the other hand, David Gordon Green and Danny McBride’s screenplay introduces a host of new faces that also manage to leave an imprint on the film. In fact, this Halloween offers the most well-rounded teen storylines since the franchise’s inception four decades ago. However, not all is rosy with this praiseworthy new installment. The film takes an egregious twist as it navigates towards the third act, one that was clearly included as a means to put Michael Meyers at a specific location, but one that could have been avoided countless other ways. Also, this latest effort doesn’t quite hit the ground running as it sputters out of the gate, but eventually gains its traction upon Michael’s escape and never looks back. In addition to a tightly wound script, Halloween offers massive gore and violence that perfectly complements what the series is all about and provides an abundance of callbacks to its multiple predecessors. David Gordon Green and Danny McBride may not have been loyal fans’ first choice to reboot the franchise, yet we all should be grateful of the choice.