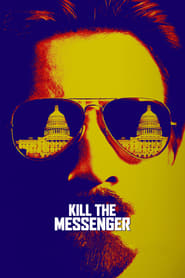 Brace yourself, because we could be in for a fantastic finish to the 2014 cinematic year. With an extensive list of highly anticipated features that begin with next weekend's release, David Fincher's Gone Girl, there are plenty of reasons for optimism. But for me, the first film up is one I highlighted in my Fall Oscar Preview, Homeland director Michael Cuesta's adapted biopic, Kill the Messenger.

Two-time Academy Award Nominee Jeremy Renner stars as San Jose Mercury News reporter Gary Webb, an investigative journalist who exposed the CIA and Reagan administration for their voluntary involvement in the rise of the crack cocaine epidemic that swept across the country during the 1980s. However, Webb quickly discovered that publishing such a story and taking on the U.S. government would be an uphill battle. The reporter accused the CIA of using their friends at the Washington Post and Los Angeles Times to question the story's credibility and generate a widespread media-driven smear campaign that ultimately left Webb as a pariah in the journalist community.

In the court of public opinion, everyone deserves a chance to defend themselves and have their side of the story told. For the late Gary Webb, Michael Cuesta's Kill the Messenger represents that opportunity. While many will argue that Webb's monumental reporting was reckless and lacked professionalism, Jeremy Renner's towering performance convinces modern day audiences of just the opposite. Renner, whose latest work begs for awards season recognition, does an exceptional job in the lead role and single-handedly carries Cuesta's film from start to finish. Unfortunately for the leading star, 2014's Best Actor race appears to be a crowded competition that could find Renner on the outside looking in. Nonetheless, a gutsy and valiant portrayal assists an incredibly entertaining and multi-layered story. As a strong motion picture directorial debut from Michael Cuesta, Kill the Messenger is a compelling and well-made piece of cinema that's guaranteed to satisfy conspiracy-craving audiences and beyond.

Despite the glaring successes from the feature, Kill the Messenger struggles in a few key areas. Its finale is rather anti-climactic, however, the real-life story culminates in the exact same fashion. In addition, the first half of the film paces extremely well and builds nicely, giving the third act a dragging and sluggish feel by comparison. Yet, Kill the Messenger easily hurdles these faults and results in a finely executed and well-rounded film from the entire team involved.

For a cinematic year that could be flooded with copious amounts of superior titles, Michael Cuesta's Kill the Messenger kicks off the late season run in a strong fashion. And if not for an engaging and gripping true story, you'll want to catch this film for Jeremy Renner's wonderful performance. Opening in limited release this October, it's worth checking out Kill the Messenger.