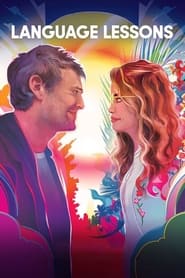 What a year it’s been. Industries all across the globe have been forced to adapt to these societal changes at a moment’s notice. Hollywood is no different. With an overwhelming majority of film productions ordered to close their doors for the better part of a year, writers and directors have had to get more creative than usual, especially those independent filmmakers working on paper-thin budgets. And while this year’s SXSW festival was littered with “isolationist” films involving minimal characters and limited set locations, the multi-talented Natalie Morales (Netflix’s Dead to Me and Santa Clarita Diet) found a way to take this required minimalist philosophy and turn it into something spectacular with her directorial debut, Language Lessons.

The movie opens with an unsuspecting Adam (Mark Duplass) who is shocked to discover that his husband Will has gifted him one-on-one Spanish lessons with a private instructor named Cariño (Morales) who lives in Costa Rica. Their video-chat lessons begin well as Cariño helps Adam rediscover his lost affection for conversing in Spanish. However, tragedy soon strikes and their weekly online meetings begin to grow far more personal as a deeper friendship blossoms between these two strangers who live a world apart. 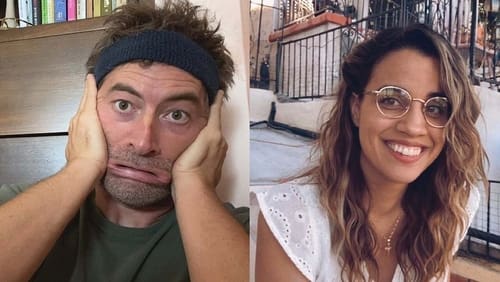 With such a limited scope for health and financial reasons, Language Lessons serves as a showcase for its two leading actors and the heartwarming story that they’ve crafted. Morales and Duplass not only steal the film with their superb onscreen performances, but the creative duo worked in tandem to pen this charming script. The pair provide such detailed precision to their story-building and writing. For example, the decision to make Adam homosexual in the film is both brilliant and essential, erasing any ulterior motive that could exist in their developing relationship. You see, the true beauty of Language Lessons resides in the strong bond that is formed between these two scarred individuals, bravely reminding the audience of the power of human connection. Together, Morales and Duplass mold a film that is delightfully sweet, soulfully uplifting, and everything that the world could use a little more of right now. Even some of the most beloved filmmakers would crumble under the harsh restraints placed upon Morales and Duplass. Yet, these two skilled writers, actors and directors are able to create a funny and unforgettably pleasing viewing experience that is, without question, one of SXSW’s finest offerings.