Review | One Night in Miami...
Search 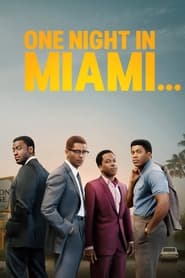 Based on the Kemp Powers play of the same name, One Night in Miami finds the Academy Award winning actress, Regina King, sitting comfortably behind camera for her directorial debut. This insightful “what if” tale brings together four iconic friends in the mid-1960s to discuss their roles and influences in the ever-growing Civil Rights movement. With playwright Kemp Powers on board and in complete control of the script, One Night in Miami remains loyal to its playhouse roots and smoothly transitions this award-winning stage play to the big screen.

Following Cassius Clay’s (Eli Goree) shocking heavyweight title victory over Sonny Liston in 1964, the new Boxing Champion of the World is forced to celebrate in the African American part of town due to Segregation Laws of the time. Clay joins up with his close friends Sam Cooke (Leslie Odom Jr.) and Jim Brown (Aldis Hodge) in the hotel room of Malcolm X (Kingsley Ben-Adir). While there, the four men engage in an evening of intense conversation about what it means to African American, successful and possessing an enormous platform to make your voice heard. 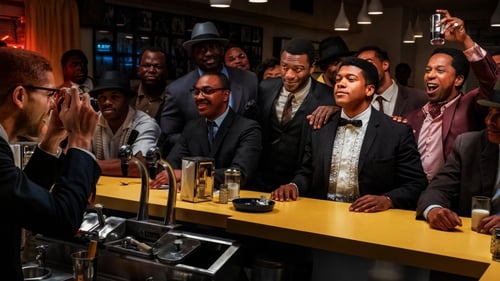 For better, and sometimes for worse, One Night in Miami lives, breathes and feels like a stage production. Consequently, the film operates as a medium for some spectacular acting and profound dialogue. Kemp Powers delivers a screenplay saturated with poignant social relevance and engaging cinematic discussion. And what would all this discussion be without the impact of four larger-than-life figures who are brought to life magnificently by this ensemble. Kingsley Ben-Adir’s portrayal of Malcolm X is spot-on in both look and action, while Eli Goree’s charismatic flair is an absolute treasure to behold. Unfortunately, though, this devotion to the source material sets the majority of Regina King’s work in a hotel room, creating a restricted and claustrophobic aura that One Night in Miami fails to escape. The film tip-toes around a secret beholden to Malcolm X, one whose mystery and eventual reveal are meant to act as a climactic peak in the story. Yet, a dearth of action and excitement, in conjunction with limited changes in setting, culminate in a wordy and flat delivery that never effectively captures the significance of this grand reveal and its historic importance. One Night in Miami is a well-made debut from the talented Regina King that comes with its strengths and weaknesses. However, it’s a far cry from the Best Picture label that many are throwing its way.