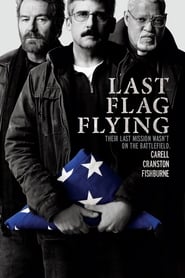 While he's been long regarded as an upper echelon screenwriter, earning the industry's highest respect as a filmmaker didn't come quiet so easily for Richard Linklater. His prestigious career is as impressive as it is diverse, helming a cult comedy classic like Dazed and Confused, and also being the decades long visionary behind the masterful Best Picture Nominee Boyhood. Yet, no matter how he's reached this point in his career, Richard Linklater has free range to do as he pleases. And what the filmmaker has in store for this Oscar season is a humor-filled, and powerfully heavy drama called Last Flag Flying.

Steve Carell stars as Larry "Doc" Shepherd, a Vietnam vet who pays unannounced visits to his estranged fellow servicemen, Sal Nealon (Bryan Cranston) and Richard Mueller (Laurence Fishburne). Doc tells them of his only son's tragic passing while serving in the Middle East and asks them to accompany him in a road trip to the body. While on their journey the old friends recount past mistakes and mull over what the future has in store for them as Doc comes to grips with his horrific loss. 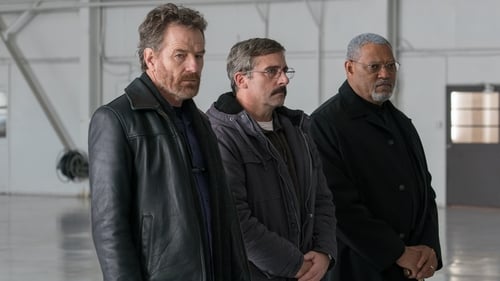 For such a heavy-hearted premise Last Flag Flying offers far more laughs than emotionally-charged moments. Bryan Cranston steals the show as an unrelenting ball of energy who loves to hear himself talk, making the most of every opportunity to crack a joke and remain the center of attention. His one-liners are priceless and his character even goes through a small and humbling transformation that adds layers to his depth. On the other hand, Carell delivers a more subtle and nuanced turn as a quiet loner desperate for human connection as he embarks on the grieving process. There's tenderness and humanity dowsed in all that Doc says and does, even if he's forced to play second fiddle to Sal's never-ending antics. Laurence Fishburne serves his purpose as well, even if the role obviously becomes lost behind his two shining co-stars. Yet, although the performances are spectacular, Linklater oddly shows flaws in what's normally his strongest attribute, screenwriting. Last Flag Flying is riddled with contradicting thoughts and behaviors regarding government, war and brotherhood. Linklater's voice isn't quite clear and we're left to decipher his muddled intention all on our own. However, no matter what you personally draw from the film, Last Flag Flying serves as a riotously funny and heartfelt endeavor that adds to a long list of strong career work from the heralded filmmaker.