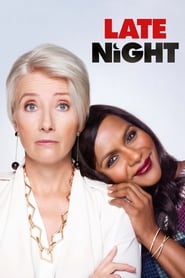 If I’m being honest, The Office’s Mindy Kaling has always been an actress I’ve preferred in small doses. Therefore, upon initially viewing the trailer of her upcoming film, Late Night, one which Kaling also penned, my reservations grew with an expectation of too much face-time for the polarizing comedian. However, strong early rumblings surrounding the film forced me to reconsider my tilted assumptions and it resulted in a pleasantly surprising movie experience loaded with novel ideas and staunch creativity.

The legendary Emma Thompson stars as Katherine Newbury, an immeasurably successful Late-Night Talk Show Host with countless Emmy Awards to her resumé despite her and her entire writing staff going through the motions for the past ten years. But when Katherine decides to shake things up by hiring a new female writer to offer a fresh voice, an experience-less do-gooder named Molly (Kaling) becomes the beneficiary of this affirmative-action hire. Yet, things get amplified and the entire late-night team becomes tested when their network head (Amy Ryan) plots to replace Katherine after the season’s end, forcing Molly to quickly learn on the job and help re-brand Katherine’s career. 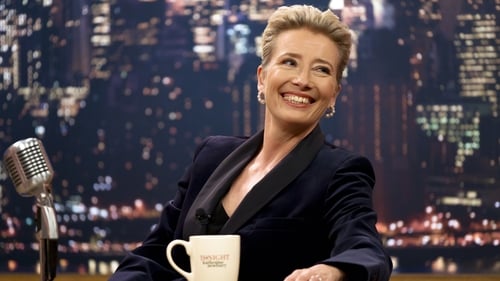 Late Night’s earnestly original story serves as the foundation to director Nisha Ganatra’s and Mindy Kaling’s critically adored comedy. In fact, Kaling writes herself out of the spotlight in order to let veteran performer Emma Thompson (Sense and Sensibility and Howard’s End) push the needle. Thompson’s onscreen persona, an emotional loner with no true relationship outside of her decades-long marriage, makes for the more interesting character study. Katherine Newbury is a huge celebrity who shields herself from the closest people around her, which makes for an interesting focal point as Katherine’s new annoyingly friendly writer Molly tries desperately to forge a connection. And as these two polar opposites begin warming up to one another, unforeseen conflicts arise and wonderfully shape their budding relationship. Late Night’s humor is evident but by no means overshadows the film’s finely crafted dramatic elements and robustly developed characters. Rather than taking wild, aimless shots with a rapid-fire of jokes, Kaling instead lets the humor naturally fall into place and complement the greater story and her work shines as a result. And while the film’s third act regrettably resolves all of its conflicts with a cheapened ease, Late Night’s well built and sturdy structure helps keep Nisha Ganatra’s effort standing tall by the time the credits roll.