Review | Manchester by the Sea
Search 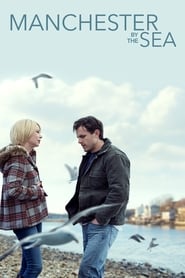 As usual, the Philadelphia Film Festival debuted numerous Oscar contenders in my hometown this past October. One such film destined for the big-time and right near the top of my wish-list was Kenneth Lonergan's heavy drama, Manchester by the Sea. As a longtime fan of both Casey Affleck and Michelle Williams, the buzz around their performances left me more than eager to ride along this emotional roller coaster.

Lee Chandler (Affleck) is an embittered apartment complex handyman living in the Boston area. But after receiving word that his brother has passed away from heart complications, Lee travels back to his hometown of Manchester and soon learns that he's been willed as the new legal guardian to his teenage nephew (Lucas Hedges). While the teen wishes to remain in Manchester, Lee struggles to come to grips with past events that prompted him to uproot his entire life in the first place.

Manchester by the Sea's hard-hitting and somber story is masterfully complemented with subtle humor that adds a much-needed element of levity. In fact, two of the film's strongest attributes are writer and director Kenneth Lonergan's bold script and its collect of extraordinary performances. Casey Affleck's gut-wrenching turn is an absolute tour-de-force that possesses a quiet sadness which mirrors his character's scarred past. Understanding the complexities of Lee Chandler clearly takes time to develop but, after all of the pieces are finally in place, there's no doubt that Affleck's performance is one of the year's finest, if not the best. Co-star Michelle Williams isn't quite given the same attention or screen time as her counterpart, however her deeply emotional work doesn't go unnoticed. Although it's safe to anticipate strong runs to the Academy Awards for the aforementioned performers, newcomer Lucas Hedges also impresses with an eye-eopening supporting role. All in all, Manchester by the Sea captures its audience with a tender screenplay brought to life by an outstanding ensemble.

Despite its many shining qualities, Lonergan's effort struggles to sufficiently engage the audience. Manchester feels every bit of its over two hour and fifteen minute running time. The film presents countless lulls that occasionally benefit this character-driven effort, but often stand out as gaps in an otherwise well-crafted story. Furthermore, Kenneth Lonergan's name is constantly being tossed around the Best Director discussion. To the contrary, Manchester feels like a safely shot and executed feature. Lonergan doesn't take many risks and, while he should be lauded for piecing together a strong final product, this directorial effort fails to stand out as anything spectacular.

Manchester by the Sea deserves to be savored for its wonderful performances and a story that goes surprisingly deep. Yet, the film isn't always an enjoyable watch. There's a grim undertone at work and poor pacing doesn't necessarily make it any easier to sit through. However, when the dust settles, Manchester by the Sea stands apart as a bitter drama that effectively captures a wide array of emotions.