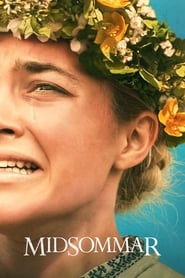 You never forget how the great films made you feel when you experienced them for the first time. It’s a unique ability that transcends the standard norms of filmmaking.  And one contemporary visionary who has mastered this skill is Ari Aster, a new generational voice in the psychological horror genre with a knack for capturing a quiet sense of Hitchcock-ian suspense throughout his works. Aster first astonished us with last year’s Hereditary, a spine-chilling examination of a family with sinister bloodlines that even stirred some rumblings of an Oscar Nomination for the film’s leading star, Toni Collette. It was quite a debut, but Aster then wasted no time jumping right back into the director’s chair for his indescribable new psychological thriller, Midsommar, another hypnotic effort that’s quickly cementing Ari Aster’s reputation within the horror community.

Following a traumatic and devastating event, a young American couple travel to a remote Swedish commune with a group of friends to experience the local’s once-in-a-lifetime midsummer festivities. But as they all become more and more immersed in the community’s bizarre rituals, the couple’s relationship becomes tested and their friendships become strained. Yet, things only get worse from there as this once culturally rich experience slowly evolves into a hellish nightmare at the hands of a pagan cult. 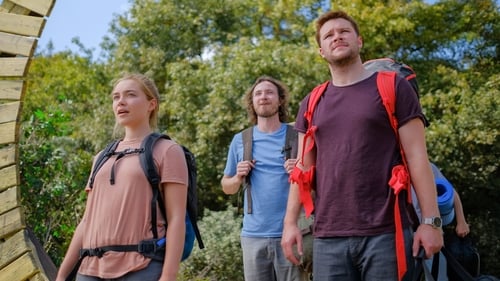 Let me be clear, Midsommar isn’t a horror film in the commercialized sense of the word. Instead, writer and director Ari Aster shapes an unnerving and terrifying journey into the human psyche. Florence Pugh stars as Dani, a love-starved young woman desperately holding onto a failing relationship with her boyfriend of four years, Christian (Jack Reynor), after suffering a horrible personal tragedy. The film explores the darkest depths of human connection in such a beautifully shot and viscerally engrossing demeanor. Midsommar stands as a slow-dance of macabre, meant to be savored and digested through sustained periods of intense imagery and a spine-tingling use of sounds. In fact, Ari Aster’s profound use of music and sounds elevates his craft to a whole new level and helps elicit a variety of emotions, it’s truly remarkable. And outside of the film’s apparent technical achievements and majestic cinematography, Midsommar also boasts an impressively detailed and absorbing script. Aster’s story is fully outstretched to what some viewers will complain is a tiresome two-and-a-half-hour affair, especially after the end goal begins to reveal itself about halfway in. Yet, I found this crawling transformation to be mightily impactful with each and every step along the way. Furthermore, another common criticism will be aimed at the film’s silly elements of dark humor. There are numerous scenes which are odd and seemingly over-the-top, but the deeper purpose of these moments is to appropriately illustrate the insidious cult’s desire to bond through empathy. They laugh together, love together, cry together and experience pain and heartache together. All of which align perfectly with Aster’s intended end result. Midsommar is a beautiful and poetic psychological horror that ventures far beyond the superficial norms of its genre and shakes you to the core. It’s one of 2019’s standout features and an experience that’s certainly worth the ride.