Review | My Week with Marilyn
Search 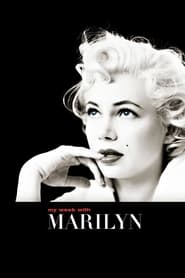 The Weinstein Company has spent most of 2011 on cloud 9. To open the new year, the production company's 2010 release The King's Speech left the 83rd annual Academy Awards as the undisputed winner. Fast forward a few months and The Weinstein Company used the early parts of Fall to test screen a new Oscar hopeful to select audiences. Much to their surprise, the results for My Week with Marilyn were through the roof. The production company quickly pushed back the film's release date, hoping to once again steal another abundance of golden statues. As for me, I had the distinct pleasure of viewing the piece during my venture to the Philadelphia Film Festival in late October. And without question, My Week with Marilyn was one of the best pictures there.

Colin Clark (played by Redmayne) is a young man desperate to break into the world of film making. When he goes against family tradition and travels to London to interview for a position with famed director Laurence Olivier (played by Branagh), Colin's persistence lands him a job as an assistant director on the set of The Prince and the Showgirl. As the star of the film, Marilyn Monroe (played by Williams) arrives in town to begin production on the movie. Colin could never have imagined the unforgettable moments he'd end up sharing with one of the biggest stars the world has ever known.

My Week with Marilyn is the first major motion picture release for its director Simon Curtis. Maybe it's beginners luck, or perhaps Curtis is just that talented behind the scenes. Either way, the result is a fantastic film that offers a unique blend of charm and wit. The script is excellent and the dialogue acts beautifully as the glue to the film. It effortlessly connects the characters together in such a way that you feel as if you're living the experience yourself. This is by and large the most remarkable aspect of the film, its natural ability to capture the attention of the audience with ease.

In addition to its wonderful direction, perhaps the biggest strength of the film resides in its cast. In what can only be described as one of the year's best ensembles, My Week with Marilyn is saturated with brilliant performances. First and foremost is Michelle Williams. No actress in Hollywood is better suited to play Marilyn Monroe, therefore it's no surprise that her portrayal is masterful. It goes without question that Williams will be finalist for Best Actress at the Oscars this winter, and deservedly so. Although Williams is a shoe in for some awards season recognition, she won't be the only member of this cast garnering attention. Kenneth Branagh returns to form and delivers the role of a lifetime as the actor/director Laurence Olivier. Simply stated, Branagh is unforgettable in one the year's best supporting roles. It's also worth noting the onscreen work of newcomer Eddie Redmayne, the often overlooked Dominic Cooper, and the always wonderful Judi Dench. All of which make for an enjoyable viewing experience.

Despite its praiseworthy cast and script, there is one glaring hole in My Week with Marilyn. The film offers no real sense of conflict. Of course there is obvious tension between Olivier and Monroe's characters, but nothing ever really feels like it's at stake. In doing so, the audience becomes incapable of a deep emotional connection to the story. It's a big flaw, and perhaps the only thing keeping the film from reaching the heights of a movie such as The King's Speech.

My Week with Marilyn is a fantastic biopic and a captivating look at the inner workings of Hollywood and its biggest stars. Its acting brings the characters to life and its perfectly timed laughs make it an easy watch. There will be no yawning or glancing at the clock here. I highly recommend spending part of your holiday weekend seated in a theater checking out one of the year's finer films.