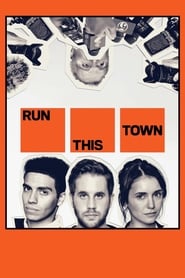 The 2019 SXSW class has been comedy centric, allowing indie auteur Ricky Tollman’s true story Run This Town to distance itself from the pack. The debut feature from this unknown voice shines a light on the bizarre story of Mayor Robert Ford, a Canadian politician who quickly turned into a viral sensation following public tirades regarding his professionalism and drug use while in office. Yet, for as compelling and animated a figure as Robert Ford truly is, Tollman’s aimless effort misses the mark completely with a haphazard examination of those underlings working on Ford’s campaign and a novice journalist trying to bring him down.

Pitch Perfect’s Ben Platt trades in his magician’s hat for a keyboard and stars as Bram, a cynical yet idealistic writer hoping for a big break at his new publication. But instead of uncovering conspiracies and unraveling the truth as an investigative journalist, Bram finds himself relegated to Top Ten Lists and other click-bait articles. Yet, when a potential big break comes his way regarding Toronto’s hefty and outspoken mayor, Robert Ford (Homeland’s Damian Lewis), Bram tries desperately to convince his editor for the necessary resources to help expose this disgusting and corrupt politician. 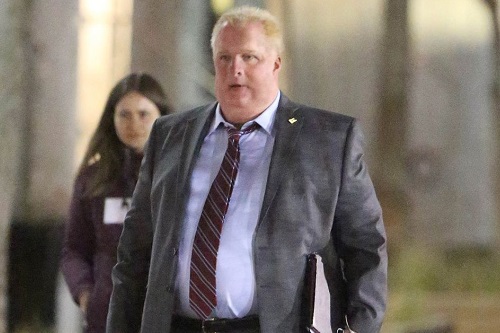 Run This Town reaches ambitiously for an Aaron Sorkin-esque screenplay, filled with zesty dialogue and rapid quips that barely give you time to breathe. However, unlike Sorkin, these barbs are merely jabs to the screenwriting legend’s knockout zingers and one-liners that dance among Hollywood’s all-time greatest movie quotes. In all fairness, few can stand toe-to-toe with Sorkin’s monumental legacy and Tollman’s dialogue is by no means elementary either. Instead, it’s the film’s poorly written characters who serve merely as individuals rather than a collective unit used to serve a larger purpose. Tollman’s story is riddled with frustration as Bram’s inexperience leads to his failures and all of Ford’s closely examined campaign workers prove to be hollow characters with uninspiring stories of their own. And this is all without even mentioning an unrecognizable Damian Lewis, who stars as the film’s central antagonist. Lewis’ fat-suit that’s needed to beef him up to Mayor Ford’s proportions and the coinciding facial make-up are all distractingly bad and borderline amateurish. I often try to avoid being so publicly critical of aspects such as this because I’m a lover of indie film and I understand budget constraints and all of the hard work that goes into trying to make everything look and feel right on set. Yet, this blatant disregard for authenticity cheapens Run This Town and sadly exposes the film as both an unoriginal and completely misguided effort.