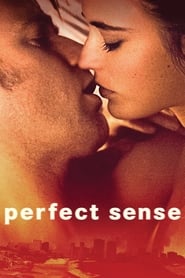 Between the Y2K scare in 2000 and the Mayan's 2012 doomsday prediction, there has been no shortage of apocalyptic-based films of late. Most of these pictures center around the notion of chaotic survival and tackle the frightening idea with a lack of beauty and grace. However, Scottish filmmaker David Mackenzie's latest feature, Perfect Sense, addresses the topic unlike any other movie to date. Virtually creating his own genre blend of Apocalyptic Romance, Mackenzie opens our eyes to the suppression of such fear through the power of love.

Set in present day Glasgow, Perfect Sense follows the budding romance of a chef named Michael (played by McGregor) and a scientist named Susan (played by Green). Initially, the suave chef and emotionally guarded scientist appear to be quite the mismatch. Yet, as it turns out, their irregular puzzle-piece temperaments fit together perfectly. While the pair recognize a strong connection and begin to open their hearts to one another, a mysterious global epidemic swoops across the world affecting the rich and poor alike. Somewhat spaced in its attack, the disease destroys human senses one at a time. Through all of this chaos and madness Michael and Susan realize one important discovery, that love is the greatest sense of all.

Director David Mackenzie's Perfect Sense is a beautifully artistic approach to the overdone "end of days" genre. Original in its delivery and indescribably moving at its core, Perfect Sense is everything a romance movie should be. Mackenzie does an amazing job of using the backdrop of a global catastrophe as a source of conflict for the film's central characters. Furthermore, the script is excellent and the character development is top notch. Couple the feature's rock-solid foundation with its remarkably talented cast, and Perfect Sense has all the right ingredients for a successful indie flick.

Despite all of the film's highlights, there are a few insignificant imperfections. Although I was rather undisturbed by the fact, Perfect Sense occasionally uses a narrator to describe the affects of the disease and how humanity adjusts to losing a certain sense. Some viewers may feel insulted by the director's need to explain what's happening on screen, especially since you should be able to figure it out on your own. But outside of the director's use of a narrator and a debatable third act scene where Susan's character becomes unforgiving of Michael's disease-imposed moment of anger, Perfect Sense is a formidable film in every regard.

Having had the luxury of screening Perfect Sense in October at the Philadelphia Film Festival, I was utterly blown away by the movie. Perhaps its most powerful moments are those where the director shows the mysterious disease unbiasedly sweep across the globe. Affecting the rich, the poor, the young, and the old, it becomes shockingly clear that no one is exempt. Mackenzie uses this sense of fear to perfection and it helps heighten the movie to another level. In Perfect Sense, we're reminded that Ewan McGregor is one of Hollywood's great young actors and his co-star, Eva Green, has a bright future ahead of herself.