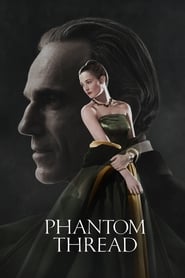 Six-time Academy Award Nominee, Paul Thomas Anderson (PTA), soared to new heights with his 2008 drama There Will Be Blood. The film captured a pair of Oscar wins (Best Actor Daniel Day-Lewis and Best Cinematography), with an astounding 8 Nominations in total, and Hollywood eagerly awaited whatever was next in line for the now-proven filmmaker. Five years passed before PTA returned with The Master and then came Inherent Vice, both of which earned select recognition from the Academy, but neither of which came close to the adoration of his previous masterpieces. And now we're given Phantom Thread, a true return to form from the extraordinary mind and keen eye of a visionary unlike any other.

Daniel Day-Lewis stars as Reynolds Woodcock, a 1950s dressmaker whose intense loyalty to his craft has made him a staple within wealthy, high-end circles. But once he meets and falls in love with Alma (Vicky Krieps), an equally stubborn young woman who slowly becomes a disruption in his difficult-to-please lifestyle, their relationship is pushed to incredibly harsh extremes. If only something could be done to keep this love and interdependence from withering way. 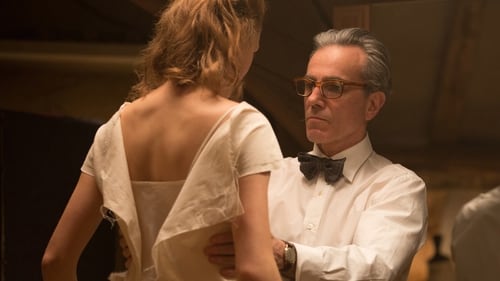 Exquisitely shot and brilliantly scored, Paul Thomas Anderson's Phantom Thread stands as a stunning model of technical mastery. It's picturesque set and costume design perfectly capture an atmosphere necessary to facilitate PTA's unorthodox and hypnotizing tale. At first glance, the film's premise offers very little bite or intrigue, yet Phantom Thread hooks its viewers with emotionally deep and complex characters whose whole-hearted investment in their relationship demands to be mirrored by the audience. And as this clever and unpredictable story continues to draw you in, PTA reshuffles the deck for a phenomenal closing sequence that makes these characters even more mystifying and alluring than they've already become. PTA's wizard-like twist of perception vs reality is mightily enhanced by a trio of illuminating performances. First there is Daniel Day-Lewis (DDL), a three-time Oscar-winning actor who still declares his role as Reynolds Woodcock to be his final onscreen work. DDL's talents need no support or explanation, as his uncanny ability to suck the air out of a room and completely steal the audience's attention from everyone else around him is somehow resisted by equally impressive turns from both Lesley Manville and Vicky Krieps. All three are worthy of nods from the Academy, as Manville continues a career trend of stellar, yet underappreciated, work, and Krieps breaks out in grand fashion by somehow standing toe-to-toe with the great Daniel Day-Lewis. Phantom Thread waltzes from scene to scene, beautifully-framed and slowly orchestrated, exploding with an unforeseen finale that marks a triumphant return to glory for Paul Thomas Anderson.