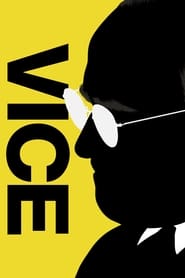 Adam McKay may be one of the funniest people alive and I’m not convinced you even recognize his name. McKay’s big breakthrough came in 2004 when he wrote and directed the instant comedy classic Anchorman, only to follow it up with other hilarious efforts such as Step Brothers, Talladega Nights, The Other Guys and Anchorman 2. That’s the type of filmography that gets someone a star on Hollywood Boulevard’s prestigious Walk of Fame. But McKay’s story doesn’t end there, the filmmaker then used his gifted comedic voice as a means to bring 2008’s housing collapse to light with The Big Short and he even earned an Adapted Screenplay Oscar in the process. So if you weren’t familiar with McKay before, now you are. Fast forward a few years and Adam McKay returns to deliver another awards season contender with the hyper-sensationalized political satire, Vice.

Dick Cheyney (Christian Bale) grew up as a quiet country boy in Wyoming and married his childhood sweetheart Lynne (Amy Adams). Yet, their young marriage hits a boiling point as Dick gets booted from Yale and finds himself in trouble with the law after multiple bar fights and DUIs. Lynne presents him with a clear ultimatum; either make something of himself or they're finished. Dick vows to never let her down again and, shortly after, begins an internship in Washington D.C. which introduces him to a dastardly Congressman named Donald Rumsfeld (Steve Carell). He forges connections within the Republican Party that eventually propel him to the Vice Presidency underneath George W. Bush (Sam Rockwell) where Cheyney wields immense power that will change the rule of law in America forever. 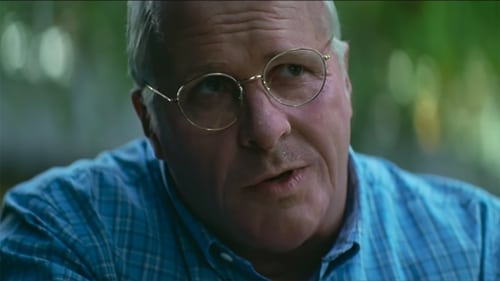 In a volatile political climate such as the one we find ourselves currently immersed in, Vice is destined to be as polarizing as the politicians we elect. That’s mainly due to McKay’s desire to spitball “what ifs” that connect the dots of Bush’s presidency and Cheyney’s climb to power with no regard for hard evidence whatsoever. The result is a satirical bombshell that’s as entertaining as anything you’ll watch all year, but also grossly over-the-top and blatantly biased to reflect the director’s own political agenda (it’s something McKay even addresses in the film’s mid-credits scene). And to the film’s detriment, Vice is a tonal mess that weaves through elements of tongue-in-cheek humor and subdued drama with an alarming imbalance. There’s an exhausting amount of metaphors, some that work and many that flop, but through it all McKay’s passionate vitriol for this moment in recent history and its contemporary wake of modern conservatism becomes blindingly apparent. And for these reasons alone, Vice can’t be taken too seriously. However, if you allow yourself to suspend disbelief and accept the film solely as a source of entertainment, Vice has plenty to offer. Amy Adams provides another fabulous turn as she channels aspects of her strong-willed and controlling Oscar-Nominated character from The Master to bring Lynne Cheyney to life. Likewise, Christian Bale’s onscreen work speaks for itself. The role is another landmark effort from the Oscar-winning actor whose physical transformation is as impressive as his detailed performance. All in all, Vice is destined to become a hot-button topic upon its Christmas Day release and its journey to the Oscars. And while the film is riddled with inaccuracy and artistic license, which will inevitably enrage certain viewers, Vice also stands as one of the most compelling and well-acted films of the year.