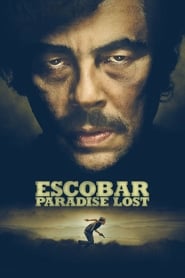 With The Philadelphia Film Festival in full swing and over a dozen new films behind me, Tuesday delivered one of the clear festival highlights, Italian-native Andrea Di Stefano's Escobar: Paradise Lost. As Stefano's directorial debut, the actor-turned-filmmaker conjures up a well-crafted fictitious tale of a Canadian-born surfing instructor named Nick (played by The Hunger Games' Josh Hutcherson) who ventures to Colombia and falls in love with the niece of notorious cocaine-kingpin, Pablo Escobar.

Escobar: Paradise Lost does a wonderful job of gradually escalating the tension and sealing the deal with a gripping third act. Hutcherson solidifies himself as a formidable lead, but it's Academy Award winner Benecio del Toro who lights up the screen with a devilish-arrogance in a role that's eerily flawless. There are certainly moments when the film feels a bit too ordinary and formulaic, but Escobar: Paradise Lost soars past mediocrity thanks to a convincing cast and an intense finale.

Andrea Di Stefano's fictional biopic of sorts is set against the backdrop of landmark events in Escobar's life. And filmed in nearby Panama, the setting definitely looks the part. Arriving in select theatres later this year, Escobar: Paradise Lost makes for a solid movie selection.