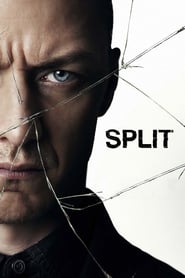 The undulating career of writer and director M. Night Shyamalan has been well documented. A tidal wave of acclaim followed his 1999 title, The Sixth Sense, which went on to earn 6 Oscar Nominations. From there Shyamalan dished out a string of reasonably successful efforts including, Unbreakable, Signs and The Village, but he's failed to regain his winning form ever since. Until now, that is, as Shyamalan delivers an imaginative new supernatural thriller with the early year release, Split.

After three teenage girls are kidnapped and held captive in an underground lair by a man (James McAvoy) experiencing multiple personality disorder, they must learn which of these different identities they can use to help them escape. However, as time pushes forward and the wicked plan of the main personalities comes to fruition, there's no telling just how dangerous this situation truly is. 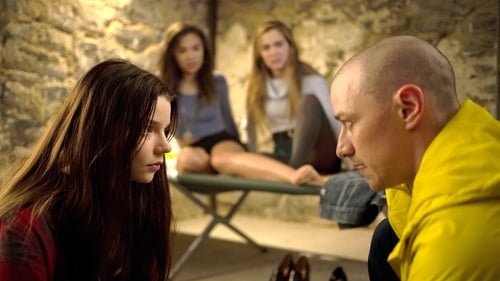 As is the case with almost any M. Night Shyamalan movie, it's imperative to not give away the secrets to his screenplay. As a master of mystery and plot twists, storytelling has always been the filmmaker's strongest attribute. Shyamalan recaptures past magic with a dark and clever tale of the body's remarkable capabilities. Split takes the audience on a thrilling ride that admittedly loses momentum as the minutes pile on, however everything still culminates in a rewarding fashion. While the writer/director (and let's not forget, actor too) slowly reveals these pieces the puzzle, he also manages to tip his hand fairly early in the film. Therefore, the slow building that follows never feels as surprising as it should. There are countless up and down moments all throughout the film, yet Shyamalan's gripping story is perfectly captured by the immense acting talents of James McAvoy. He commands the screen with each distinct personality and the unpredictability of his characters keep the film engaging. Split doesn't quite align with Shyamalan's most notable works, but it marks a highly successful return to form for the once heralded filmmaker.