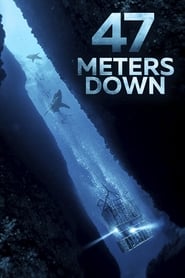 The Discovery Channel's "Shark Week" marathon is right around the corner and if you're trying to find a way to set the mood for July's annual festivities, you may want to consider Johannes Roberts' new underwater thriller, 47 Meters Down. Roberts, who has also been handed the keys to the upcoming 2018 horror sequel Strangers 2, brings a recognizable lead, Mandy Moore, on board for this new release. And with shark infested waters and bikini clad women dominating the screen time, what more could a horror fan ask for?

Sisters Lisa (Moore) and Kate (Claire Holt) are vacationing in Mexico trying to break Lisa out of her conventional and boring lifestyle. But when Kate convinces her sister to climb into a rickety cage in the middle of the ocean surrounded by enormous Great White Sharks, things go south quickly when the cage breaks from the ship and crashes 47 meters below to the ocean floor. Running out of oxygen and with blood-thirsty sharks hovering above, the sisters try desperately to formulate a plan for survival. 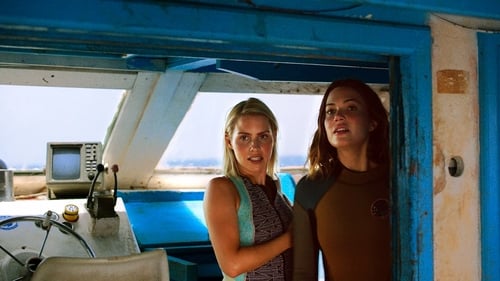 There are some noteworthy elements to Johannes Roberts' tense new thriller. After a heart-pounding free-fall into the dark depths of the ocean floor, 47 Meters Down makes you feel the confinement of its lead characters. The film provides an inherent "ticking time bomb effect" with air-tank gauges that constantly remind the audience of the impending doom. Moreover, the visual effects with the sharks are superb, creating genuine fear during their timely arrivals on screen. But despite these effective attributes to the film, 47 Meters Down finds itself mired in a repetitious cycle of conflicts and resolutions that transform this 89-minute experience into an unimaginable marathon. And as the film crawls to its finale, Roberts and co-writer Ernest Riera miss the mark completely with a crafty ending that doesn't quite provide the punch that they were expecting. 47 Meters Down is a frustratingly slow, albeit occasionally tense, thriller that turns its back on some golden opportunities.