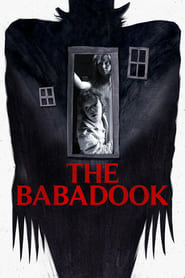 Another recent release I've had the pleasure of viewing was the widely buzzed Australian horror film, The Babadook. Before I begin my praises for the feature, because I definitely thought it was an extremely well-developed horror idea, let me first give the disclaimer that The Babadook is nowhere near a conventional scary movie. In fact, Exorcist director William Friedkin's recent remark, in which he said, "I've never seen a more terrifying film than The Babadook", is wildly excessive.

The movie follows a widowed single mother named Amelia (played by Essie Davis) who's still struggling to cope with the fact that she lost her husband in a car accident the same day she gave birth to their son, Samuel, nearly 7 years prior. Then, one evening before bed time, Samuel picks a book off the shelf for his mother to read to him called "The Babadook". Despite their greatest efforts, the mother and son can't seem to get rid of the frightening short story and its evil character.

More in tune with the psychological thriller genre, The Babadook plays off of human fears and weaknesses beautifully. William Friedkin was correct in stating that the film is a terrifying experience, just not in the traditional sense. You won't jump and you won't look away from the screen, instead you'll marvel at the perfectly nuanced storytelling brought to life by filmmaker Jennifer Kent. She does a spectacular job of turning the horror genre into a metaphor of our own human insecurities and demons. And although the finale is extremely strange (and I do mean extremely), allowing the necessary time for its message to sink in will certainly enhance the effect. Because you must always remember one important fact, "you can never get rid of The Babadook".