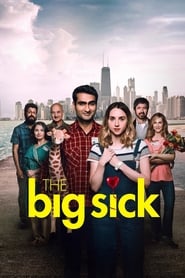 Kudos are in order as Judd Apatow has officially transformed an acclaimed filmmaking career into legitimate brand-name recognition. The "Apatow" name has become synonymous with comedy, and it's been plastered all over television screens and billboards as a luring attraction for the general public. His film company's latest production, director Michael Showalter's Sundance Audience Award winner The Big Sick, brings hilarity back to the forefront of independent cinema, reminding us why it's always worthwhile to take a chance on any creative endeavor cloaked with the "Apatow" seal.

Kumail (Silicon Valley's Kumail Nanjiani) is a Pakistani-born amateur comedian living in Chicago. After a performance one night, he meets a free-spirited white woman named Emily (Zoe Kazan) and their instant connection quickly turns into a meaningful relationship. But when the strict Muslim beliefs of Kumail's family force a wedge in their relationship, Emily soon suffers a severe sickness that leaves her comatose, and the trying situation helps give Kumail the strength he needs to confront his loved-ones. 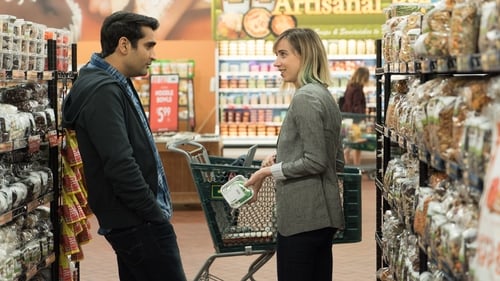 The Big Sick is a poignant and timely examination of the modern Americanized Muslim struggling with their own faith. In an era of division across all walks of life, Michael Showalter's hysterical work addresses cultural and religious differences with nothing but sheer love. The tenderness displayed from scene to scene is effortlessly organic and stems from the real-life inspirations of star Kumail Nanjiani and his wife and co-writer, Emily V. Gordon. Scripted from their own crazy and true love story, taking creative license with only a few minor exceptions, Nanjiani and Gordon pen a wonderful screenplay that does a phenomenal job of setting up perfect comedic conclusions to the film's more personal moments. No matter what direction the story wanders, The Big Sick always circles back to its humor-first foundation. This well-balanced dramedy also benefits from brilliantly crafted characters that come to life through unique chemistry and fearless performances. Nanjiani and Kazan light up the screen together, which allows for a bitterly outstretched third act to feel like nothing more than a mere hiccup in an otherwise exceptional romantic comedy.