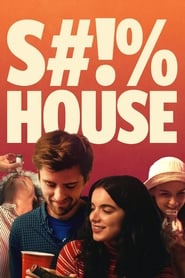 With the crushing loss of this year’s SXSW Film Festival at the onset of our nationwide lockdown, 2020’s year in film has never fully recovered. Thankfully, though, many worthwhile indie endeavors are bursting into the forefront of newly-released cinema. The latest low-budget gem finding its way to streaming platforms across the globe comes from writer, director and star Cooper Raiff, whose deeply genuine work, Shithouse, was crowned the Grand Jury prize winner for Best Narrative Feature from this year’s SXSW class.

The earnest and dialogue-driven film follows Alex (Raiff), a college freshman struggling to find his social footing in the highly superficial and raucous world of campus life. With a roommate (Logan Miller) who doesn’t appear too fond of him and his only source of emotional support being his close-knit family that lives over 1,500 miles away, difficulties adjusting to this new lifestyle are even taking a toll on Alex’s grades. Yet, the bored and desperate loner decides to give socializing one more chance. He attends a party at “Shithouse” where he crosses paths with his sophomore RA Maggie (Dylan Gelula) whose looking for some company after experiencing a bad day herself. Together, these two drastically different young-adults will teach each other valuable lessons about “growing up”. 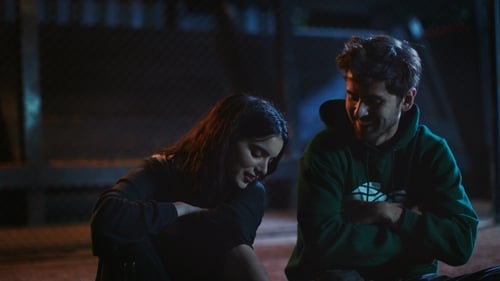 Shithouse relies heavily on the emotional bond forged between its two leading character and the audience that watches their every encounter. One of the most interesting and brilliant decisions by Raiff is his shattering of stereotypes. Rather than giving us a female lead who’s more in-touch with her feelings, Raiff hands us a male who isn’t afraid to cry and wrestle with his inner emotions. Conversely, Maggie’s character is more outgoing, sexually adventurous, and less-invested in personal interactions. By turning these expected social-norms on their side, Raiff is able to craft characters that are far more interesting to examine. And if penning diverse and fascinating characters weren’t enough, Raiff also demonstrates his long list of talents both behind the camera and on the screen. Shithouse isn’t pampered with exquisite cinematography, but Raiff wisely allows for his stellar writing and the ensemble’s solid acting to shine by never overstepping from his place in the director’s chair. Speaking of the film’s ensemble, leading actress Dylan Gelula delivers an impassioned performance and co-star Logan Miller is undeniably hysterical as a source of comic relief. The only dark cloud looming over the effort is its clearly limited budget. I can’t wait to see what writer, director and star Cooper Raiff is capable of creating with a looser set of purse strings.

The number of cinematic options isn’t as robust in 2020, but the lack of content certainly doesn’t mean a step-down in quality, especially when it comes to Cooper Raiff’s Shithouse. The film beautifully captures the struggles of transitioning into adulthood through the lives of two imperfect and naïve college students. Shithouse is fully deserving of its SXSW Grand Jury recognition and it’s a fantastic directorial debut from a truly versatile budding artist.